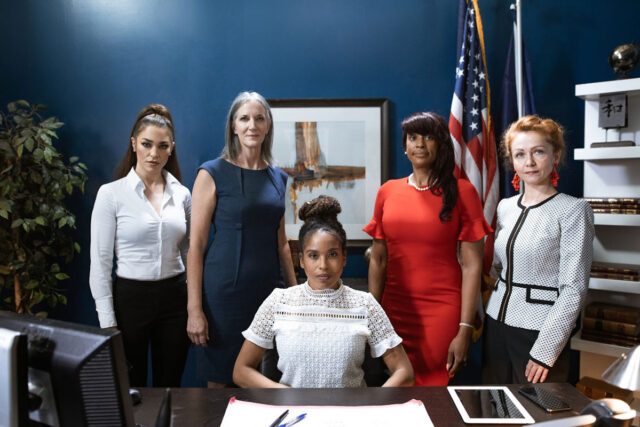 Entrepreneurship has accepted every creative mind without any gender discrimination. This is why several successful women entrepreneurs have made their way to success.

In recent times entrepreneurship has given a new way of life. Many of the entrepreneurs have proven their worth in the field because of their unshakable efforts and continuous struggle. Some found their way to success due to the presence of an alluring yet unique idea that gained critical acclaim in no time.

In the last quarter of the decade, entrepreneurship has gained immense popularity among not only men but women as well.

These women belong to different areas of life, have different ambitions and different stories of success in the business world but these are the women who are continuously making rounds of the business grounds due to their continuous struggle.

Women Entrepreneurs and Their Methodology

There is no unique concept in their journey but they have a clear concept in their mind. They know that wherever they are heading is bringing them success. The women entrepreneurs know how to bear competition within the ever-growing business town and are never ready to give up.

This is why all of them are greatly successful on practical grounds. Many new names are arising in the business grounds because entrepreneurship today is providing more opportunities to women. It is giving them access to find out their own capabilities in the business market.

There is no clear-cut methodology involved in determining the success of a woman in the business field. It is the zeal that decides the path eventually. This is why many women entrepreneurs are extending their business ventures because they have skilfully grabbed the opportunity, carefully viewed the trends, and have then stepped forward with their own response.

Many entrepreneur women are recognized as the heads of various business ventures but some have left their deep imprints which are hard to remove. This is because of them that entrepreneurship today is acknowledged by other women as well.

These women belonging to various backgrounds have made their distinct places in the course of history.  Here are the names of some of the shining stars of the business horizon.

Born on 29th January, this woman changed the destiny of entrepreneurship for the entire world. She rose to acclaim through  T.V shows. However, this wasn’t her destination because she had something bigger in mind. This dream came to a reality right when she founded Harpo Productions in 1986.

With this, the star of her success found a new horizon and her popularity alongside her wealth elevated within days. At present Oprah is a 67-year-old billionaire managing the board of directors of her company as a CEO. Her net worth is 2.7 Billion USD and this net worth is further expected to find new and newer horizons in the business wealth.

Who doesn’t know Ellen DeGeneres? This 63-year-old woman has made enormous people laugh due to her funny hosting and acting. Over a span of twenty years, this genius acted in several comedy movies and found huge prestige through her amazing acting skills.

With the launch of ED Ellen DeGeneres in 2016, she also earned the title of an accomplished entrepreneur introducing designer furniture. This didn’t come out of a sudden but she herself admits that it was all because of continuous “struggle” over various phases. At present, our funny bee has a $500 million net worth.

I don’t think that there will be anyone who doesn’t know about this youngest billionaire who enjoys the most followers on Instagram. Kylie Jenner has a separate identity other than being a “Kardashian” and this identity deals with the establishment of “Kylie Cosmetics” and “Kylie Skin”.

Her venture started right when in 2014, her mother Kris Jenner partnered with her to start Kylie Cosmetics. In no time she reached the heights of success and became the youngest billionaire in the business world. At present, this 24-year-old woman owns $700 and has a daughter “Stormi” to pass on her legacy.

Just like Kylie, we have another influencer who made her name in the entrepreneurial grounds by her beauty brand “Huda Beauty”. The beauty brand made its way into the international market in 2013 and this became a source of her wide acclaim in the upcoming years.

This Middle Eastern genuine has garnered $510 million net worth through her successful venture. At present, this 37 years old entrepreneur is expanding her beauty brand through the introduction of a sister skincare brand.

This genius mind is behind the most trusted and widely acknowledged “The Huffington Post”. As a CEO, Ariana has made her startup a world-famous phenomenon. Ariana had this innate love for writing which made her world-famous. She is a renowned writer of many bestsellers but her exceptional work is the creation of her dream “The Huffington Post”. Other than these, 70 years old Ariana is a keen political analyst and enjoys a net worth of $100 million.

You all must be aware of the big name of JK Rowling. Yes, you got that right. She is the mastermind behind blessing us with the mighty Harry Potter universe. However, this time she is the talk of the town for some other reason and this involves her strategy in cashing out her success out of the Harry Potter realm.

JK Rowling currently owns “The Wizarding World” which gained this name in the year 2019. In 2016, at the time of launch, the website was named “Pottermore” and this deals with all the merchandise and publishing mechanics of the Harry Potter realm. Also, the 55-year-old Rowling has stepped into production as well. The net worth rests at $1 Billion currently.

Donatella Versace hails from the mighty Versace family which has already earned a huge name in the fashion industry. This 66-year-old fashion designer has brought the trends of fashion to about her level and currently presides over the Versace company as its artistic director.

She is also leading the subsidiaries of Versace and is mingling conventional and unconventional fashion together. Though many accuse her of using her late brother Gianni Versace’s name, yet she had never paid heed to any such disheartening statement and serves as the chief designer of the company. At present, her net worth estimates about $400 million.

All the Kardashian stans! Beware! Because we have another Kardashian on the board. Kim Kardashian followed the footsteps of her younger sister Kylie Jenner and launched KKW Beauty in 2017.

This made her a star in the business field in no time. 40 years old Kim once again launched her own Kimono brand in 2019 following the success of her beauty brand. At present, she has a net worth of a billion which seems to elevate since she aims at extending her business venture.

Kiran is a face that shows how women can do wonders in the field of science by creating a commercially successful business out of it. 68 years old Kiran established her company Biocon in 1978 in India and thereafter success followed her because of her perfect and timely decisions.

Kiran was acknowledged by Forbes when she came into the limelight because of the success of her business that has garnered her a net worth of $3.9 Billion. She believes in strategy and that is why her company not only remained a company stating a national identity but is recognized globally today because of being the right hand of most of the biotechnology and pharmaceutical firms all across the world.

This list is incomplete if we don’t add the favorite of the international world. Selena Gomez who started her career as a child artist and then gained the pop world under her charisma due to some kick-ass singing is not only known for her singing ventures.

In the spring of 2020, this 29 years icon launched her own beauty line with the name “Rare Beauty”. Her company is already winning many hearts and Selena bags almost $75 million as her net worth as more has yet to come.

Women entrepreneurs are a symbol of strength and positivity fuelled by innovation. These names in the list tell that if you have the willpower, decision-making ability, and the right sense of investment, you can conquer this rebellious ship of the business world especially in the presence of male entrepreneurs.

Dur e Najaf - January 16, 2022 0
There is a whole list of the courses you need to take to be an entrepreneur because every single course bears the fruit of...