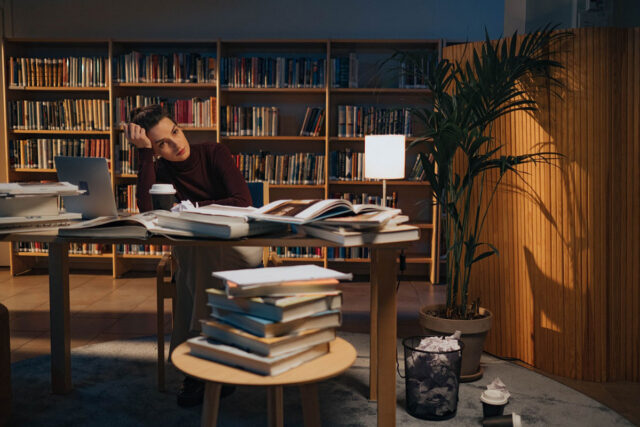 Entrepreneurship is becoming a normally existing reality of the global world. What was initially deemed to be the adventure of a few of the skilled ones is now getting immense popularity at the general level. Young aspiring entrepreneurs with dreams high up to the sky and ambition full of steel look all ready to enlighten themselves with whatever piece of information they can get about entrepreneurship.

The growing popularity of entrepreneurship has made many minds attracted towards it and there are geniuses who are creating opportunities for the newbies through their books which tackle different situations and problems during the entrepreneurial journey. They also give case studies from the real world where the stars of the business world made their everlasting impact through their fantastic entrepreneurial skills.

So, for your aid and out of my own interest in books of various genres, this time this piece is curated exclusively for your reading aesthetics. Here is a list of the best entrepreneurial books you can think of reading on boring summer days. So, let’s go and help yourselves to the fullest.

When I began my journey as a professional, I was unaware of the ways things worked over here and what made everything easier for highly professional people. I was just another one of those many who wanted clear answers to finding success at pathways that apparently lacked any fixed destination but in the end, took a person straight to the front door of success in the professional world.

As a beginner with motivational literature, I wanted to start with something that seemed easier and not boring because of being a fiction geek earlier. To my surprise, this book was the one that had changed me for the real and I found that confidence is the key to success. Carnegie tells in the book that two active reasons for professional success are communication building and the confidence necessary enough to make one clear out his/her point in front of the majority.

The author corrects our daily life attitudes which we strangely perceive as normal behavior is not at all normal for most. The ways to gain success among peer groups, as well as work colleagues, is only through being welcoming to opinions and never thrusting the individual viewpoints on someone else.

A perfect guide to take you through the museum of communication and its might.

Just as the name suggests, this book is an anecdote of people who have garnered acclaim far and wide through their efforts at making their lives better and introducing this world with the concept of starting one’s own business within minimum resources. Covey tells how people who are rich are not looking at the present but have their eyes set forth in the skies in their attempt to overpower the height of the skies.

Seven different pieces of advice are given to the reader from the very beginning till the last paragraph. When you look closely into the basis of this idea we find that these habits are rarely present in ordinary individuals not because of the weakness of their physical might but because these extraordinary habits are no less than blessings in the business world.

A book that tells about the mind games, the planning, and the significance of impactful strategies is right there to amuse you. You find out the tips and tricks alongside some much-needed strategies to reach the top tier as an emerging entrepreneur. It tells how our decision-making skills can impact the results in the end.

The best thing about this book is the take on opportunities and the manner to grab them despite being a newbie. As a newbie, all you need is to be careful and communicative enough towards the resources of the opportunities, so that they will truly identify the potential in you and the gamble ends at your win.

This book is an eye-opener, one can say the pioneer of founding the entrepreneurial mindset. With its amazing collection of examples, it takes us into the lives of different social classes. It narrates the tale of those who just want to stay in the race unlike winning it or going in any other direction. These kinds of people are eventually taken over by those who know the significance of the race of life.

These people who are out of the ordinary, tell the ordinary to follow in their footsteps. They are the initiators of any grand idea because their minds work against the nom and they know that the key to individual freedom is through financial independence taking a permanent leave from corporate slavery and forming new sets of organizations.

Known as the “grand-dad of all the motivational literature”, this piece is the one that actually compels you to think about the real purpose of your life. It tells how we have misunderstood the purpose of life and are thus trying to fit in the normal or trivial routine which is not exactly the place where we should be.

An amazing motivational agenda is the central focus of this book as he tells about the people who had valued their dreams and ideas. Those were the ones who worked hard but for a different ambition than us and today, they are ruling us. He also mentions some strategies one should adopt in daily life as per the criteria of being an entrepreneur.

This book is a fantastic collection of ideas all curated and well-crafted for budding entrepreneurs in order to adapt to them and fulfill the dream of leaving an unforgettable imprint at the face of this world. He tells about the problems entrepreneurs undergo throughout the journey and then provides amazing answers to these problems which are there devouring the courage.

Besides, his own ideas of the start-ups one should really think about are trendy along with being unique. There is a vast collection of ideas mentioned in the book from which you can just pick anyone and start developing an action plan for the actualization.

A book that is more like an entry to the bohemian world carrying dreams, interest, independence, and financial stability all with the help of a little effort. The most interesting thing about the book is the author’s individual experiences and encounters with other mates of the field who all have created a strange aura and this gives the author the freedom to express his belief about fortune.

This book explains that the myth of fortune cannot help you chase your dreams only if you have a true passion to work hard for unlimited time. He also tells the significance of active thinking which can help the entrepreneurs generate their ideas first and then generate a fixed plan of action to start it. He furthermore mentions the examples of some start-ups which actually started with a little fortune but the hard work paid really well and now they are successful entrepreneurs.

This is a beautiful book that takes you to the status of your own personality’s realization slowly and gradually. Furthermore, it sheds light on the reasons for the failure of most of the entrepreneurs at the early stages. The author has a serious take upon the matter of effort and denies anything less than this.

You find that once you start questioning your own self about the identity you want to hold, you are most likely to decide about a future that would be so beneficial for many around us. He clears out that entrepreneurship ideals do not work as suggestions but are rather an action requiring opinions.

It is an extremely powerful package of hope for all those who have the disease of doubting themselves and their skills. The author says that controlling the opportunities or getting selected or rejected in an interview is not really a big issue because in the end, you did try for it which reflected your individual courage.

The most fantastic part of the book is the author’s homage to those who gave ideas to all. He says that failing or disappointing yourself is obviously not a good thing. However, there are many successful entrepreneurs who constantly remain a part of the millionaire’s list. He tells through their stories that everything is possible in this life only if the willingness to get that comes from extreme hard work, positivity, and skills.

The final book on this list tells people about the possible reasons for failure and its influences on the reputation of a business. He points out the most repeated mistakes and says that the failure of small businesses is nothing but a myth if and only if much of the hard work is not done. He clears out the checklist to maintain a positive rating among your clients.

The author who himself is an entrepreneur talks about the real-time efforts and the failures which halt the progress. There are some suitable strategies mentioned by him at places recurrently throughout the journey which leaves you nothing but the hope of a revival of the failing organization.

These ten books are the top reads of every success as well as the aspiring entrepreneurs because of finding out the secrets among deaths of the grand corporations all of a sudden and then getting famous eventually turning a small business into a grand entrepreneurship ideas surviving proudly as the newly formed corporations.

What is the Need of Entrepreneurship?