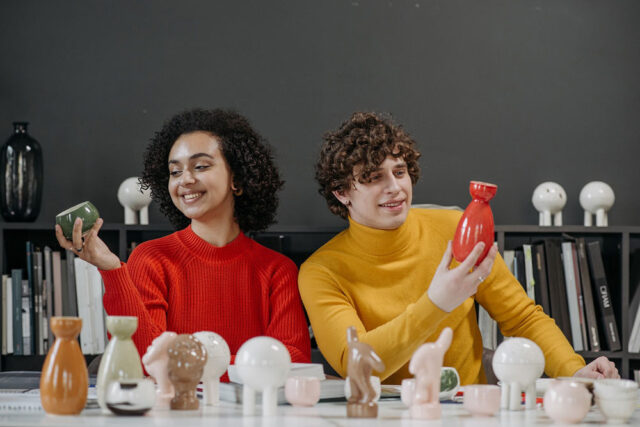 A micro entrepreneur is getting immense popularity in the business town because of the convenience offered by the title.

Who is a Micro Entrepreneur?

Simply put into words, a micro entrepreneur is an individual who starts a “micro enterprise” or a small-scale business venture. This small venture gains a central position in the description of his/her role.

Also Read: “Fascinating Facts About A Fabian Entrepreneur In (2022)”

A micro entrepreneur is one who believes in the trends but incorporates them slowly into his/her venture and according to the convenience. This quality is approved by many business students and budding entrepreneurs because not everyone starts a business venture with a handsome amount of capital to set up a lavish venture.

Some want to start their business journey from scratch with the help of the few bucks they have as their savings. A micro entrepreneur is one who progresses gradually and up to a certain limit aided by a certain level of capital.

Micro entrepreneurs usually don’t go too far because, for them, the venture not only serves as a unique idea but also stands as a source of livelihood, so here unnecessary risks and bigger steps are intentionally avoided.

Origin of the Concept

Until 2009, this was an alien concept though later economical reports cleared out that the concept was there from the beginning, it just got identified as a separate concept in 2009.

This was the time when the refugee influx intensified and a period of economic depression prevailed in the economically distorted states of Africa. To support the falling economy, this policy was adopted by the USA when the Paper to Pearls started supporting the failing economy by the incorporation of micro enterprises.

This turned out as an effective way to get out of the depression because many individuals all across Africa realised the significance of establishing micro level ventures. Many women also contributed in making this concept a success. From the developing section of the society, the idea took different forms and reached South Asia where it was instantly picked up by commoners.

The most interesting fact which emerged during that time in front of the economic gurus all across the world was the realisation of the central position of entrepreneurship in holding back a failing economy. It was also the time when governments all across the developing states took interest in promoting entrepreneurship as a concept other than business.

However, the unanimous agreement of many economic experts states that cottage industries that are based at home or tribal level are micro enterprises as a very limited number of individuals are working on a specific venture. This is why most entrepreneurs today begin their journey with the assistance of micro enterprises which they grow over time.

Even various greatest fashions brands of the world once held the status of a micro enterprise. The best examples are of Chanel and Gucci, which were localized shops at the beginning serving only a limited clientele. With time and the spark of their innovation, both ventures grew into lavish entrepreneurial projects and became brands influencing millions across the globe.

Conditions for a Micro Entrepreneur

A micro entrepreneur is the one who has a little pressure on his/her shoulder compared to an ordinary entrepreneur because:

All these factors contribute to making a micro entrepreneur distinct from a full-time entrepreneur. A micro entrepreneur is most comfortable with the minimum profits and services that he/she offers and doesn’t want to extend it until he/she gets a great chance to do that actually.

Benefits of Being a Micro Entrepreneur

Personally, we believe that a micro entrepreneur is more at peace as compared to a full-time entrepreneur due to a number of reasons which highlight the fact behind the rapid growth of this concept.

No Need of Interactive Business Plan

As compared to the socially acceptable concept of entrepreneurship, micro enterprises divert from them at the very basic step. We all know that any entrepreneurial venture is incomplete without an efficient business plan which is skimmed and corrected a hundred times before acting on it starts.

However, micro enterprises are free of these limitations. One can simply put an idea into actualization by timely investment and some legal requirements. Yes, it’s that simple with this one. You can easily start your business on a single take without putting much thought into the business.

Every entrepreneur who is starting a business venture for the first time is very conscious about the capital. For the first time, many reservations are often noticed from entrepreneurs’ side because they don’t want their hard-earned money to go down the drain as a result of a failed venture.

But when you are starting a micro enterprise, this assurance is natural that a lot of money won’t be wasted over here. The reason behind that is simple. You don’t have to invest a lot of money but you can easily turn up your game with a little capital and fuel it up with immense talent and craftsmanship.

With a great office comes a huge responsibility. Someone was absolutely right when he put these words in the diary of philosophy. This is exactly what happens when a great venture is initiated. You need a huge amount of resources. From capital to legal requirements, everything becomes extra complex for an individual.

Employees constitute a major part of any entrepreneurial venture. More employees are used for the achievement of grand goals as per the requirements of the venture. Micro entrepreneurs are lucky enough as they don’t have to go through the painstaking process of selecting and appointing huge numbers of employees due to the simple nature of the venture.

When the venture is small and basic, few people are enough to carry out several tasks and meet the goals. At the same time, it also makes it easier for the entrepreneur to manage the effective functioning of all the employees and monitor their growth along with the progress of the venture.

Micro entrepreneurs most often come up with ventures which are home-based or of small scale. For example, in Africa, many women entrepreneurs are popular as micro-entrepreneurs as their business ventures mostly involve the commodities which are being manufactured at homes such as straw hats, baskets, turbans, etc. This not only brings them to the limelight but also promotes the cottage or home-based business industry which seems to fade under the impression of the giant ventures.

As compared to the mainstream business industry where giants are on their way to combat each other with the help of advanced technology and ideas, micro enterprises are basic in nature. There is very little competition over here because here the ideas are simple and entrepreneurs are working on their selective areas which cover the needs for everyday life, hence micro entrepreneurs don’t have to go through the immense trial of proving themselves in the market.

A little effort from their side can do wonders over here. This is another reason behind the increased percentage of women micro entrepreneurs who are efficiently working on their simple ventures and making them appealing to the targeted consumers.

Mainstream entrepreneurship involves a lot of ideas. You have to be a pro as well as you need to enchant the market with a unique idea that goes well with your vision. Until and unless your idea isn’t worth considering, consumers won’t turn toward you. This creates huge pressure and trouble for aspiring entrepreneurs as they have to look for a bunch of diverse ideas to introduce in the business market.

In the case of micro-enterprises, ideas are simple yet their incorporation in the business domain is influential. How they are incorporated for the benefit of consumers, counts the most. So, if entrepreneurs having simple yet impactful ideas want to join the league of micro-entrepreneurs, they are embraced by the market with open arms.

Entrepreneurship is not just about maintaining a standard once. It is about permanently securing the golden legacy of the idea. For micro-entrepreneurs, it is easier to maintain the legacy because they don’t have to go through enough trials and challenges.

No Need of Proper Training

If your idea is grand, alternatively your exposure to the mainstream business market is essential. Here, you have to be careful about a number of things. You can’t simply start a grand venture without any proper training. Training here is a much necessary part.

So, if you are an entrepreneur who wants to gain expertise in the professional business market without spending much time out there training in various management schools, the best thing for you to do is to start little. You can start on a small scale by being a micro-entrepreneur concerning the needs of a few.

For this, you won’t be needing any extreme level training but a simple idea and some basic level finance to support your venture. Once you are established well in the small venture, go for the bigger deal and achieve your dream by turning your micro venture into a grand venture with the help of your previously gained experience.

Micro enterprises are beneficial in a way that they allow entrepreneurs to express themselves completely by going for their interests. Entrepreneurs can start small with the ideas they have in mind by developing them into profitable ideas for a particular group of people.

This also provides them with enough experience through which they can, later on, create trends and enter into the mainstream business market. So, for entrepreneurs who want to chase their interests and want to do something big with the ideas brewing up in their minds, a microenterprise is a good idea to start.

Micro entrepreneurs are holding the flag of entrepreneurship in their hands, high and with a pride that is undefinable. As the curators of their ideas, these champions are the ones who are intending to show that everything is possible with sheer hard work and ideas.

They are proving themselves as the upcoming leaders of the business world because one should always remember that every grand venture was once a small idea that gained acclaim due to the continuous effort of its creator.

Amusing Traits Of A Self Confident Entrepreneur in 2021

Dur e Najaf - August 8, 2021 0
Confidence is the key and within entrepreneurship, a self confident entrepreneur is more likely to achieve whatever he desires because of his confidence. Entrepreneurship is...

Top 10 Interesting Facts About a Business Entrepreneur in 2021

7 Awe-Inspiring Realities About Entrepreneurship Ecosystem In (2022)

How to start your business as a teenager or a kid?

What is Entrepreneurship Development?