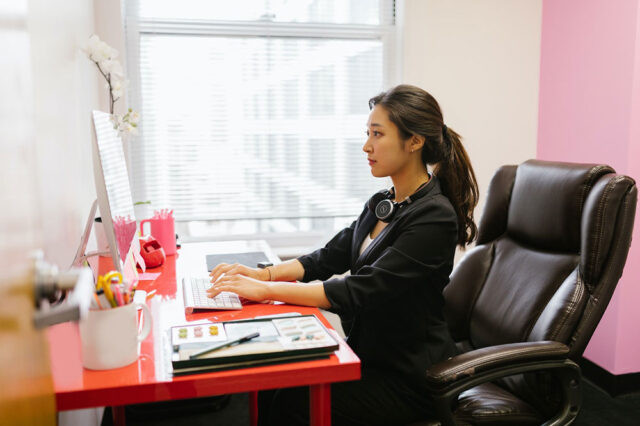 The growth of women entrepreneurship is a major factor behind the success of a country’s economy because of the increased effort.

Entrepreneurship is considered ideal for showing and finding your inner talents. It helps an individual to assess a certain situation and make decisions that could stand on their own. The strategies tell of an entrepreneur’s struggles and experimenting attitude.

A few years before, Entrepreneurship was an ideal choice but not for women. Actually, most of the women still preferred working long hours until they realized their true potential as an entrepreneur.

Today, women are showing great interest in the discipline itself because it not only ensures their self-sufficiency but also tells about their business skills. A number of women entrepreneurs involved in different areas of the world are trying hard to leave their imprints because of the growing competition.

Women today are making a mark in every single field. They have proved their credibility in the financial world as well as the political sphere. History has witnessed women making up their space among many great leaders and financial gurus. The business world is always known as the ruling ground of men.

It is the men who are considered capable of running big corporations and women now are breaking this conventional stereotype by initiating and successfully running many internationally acclaimed ventures. When the general attitude of women is studied, we find one thing very common and that is their struggle to keep pace with the changing times. Yes, a very large proportion of women claim their efforts are a part of the changing world and its dimensions where the business has equally distributed among both the general and traditional rules of gender no longer apply.

Entrepreneurship, therefore, plays a central role in determining their business journey. The general belief is that if a woman gets success while devising a plan and expressing her authority carefully, afterward, no force or competition can stop her fast-growing influence.

Oprah Winfrey: The Example Of Dominance In Entrepreneurial World

We have the key example of Oprah Winfrey who proved to the world that entrepreneurship can be successfully claimed by women only if the art of running a successful venture is known with the habit of patience and experiment.

Facts Behind Growth Of Women Entrepreneurship

Many social analysts and financial critics collectively proposed that there might be some social and economic triggers acting as their stimulus as they, later on, embrace women with open arms in the entrepreneurial world.

When enquired, they give innumerable reasons to prove the presence and growing interest of women in the entrepreneurial domain. However, there are some of the major factors which have been highlighted by them with the help of examining the successful women entrepreneurial ventures and inspirational case studies from all across the world.

So, what are you waiting for? Let’s get straight to these wonderful facts which make the throne of entrepreneurship solely available to women entrepreneurs.

When I have listed this as the topmost reason, I am also fully aware that this would create some confusion in many minds. How is the economic rift related to women entrepreneurs? Well, let me explain this to you through a wildly popular example.

After the 2nd World War, devastation found no bounds and ate up all the revenues from all major financial sources. This created a serious economic imbalance causing many difficulties for the people to keep up their lives normally. At this time, the cosmetic industry became very popular. Yes, they were there before the war but their value was found from the way these little ventures managed to survive and support the falling economy.

The same is the case today. The global competition is becoming intense day by day. Every single day, the comic tension grows stronger than ever and hence things get harder. Women are no exception to this perception. So, in order to find a quick way out of the economic calamities, the best way is to start little ventures from the women’s side who mainly enter into the field to prove their competitors their true worth and correct potential.

Compared to the past, now there are a number of opportunities for women to avail themselves. Of course, the rule is simple. When you teach a young bird how to fly. It tends to soar higher by default. Education has become equally important to both genders and this is why women are now keen to set their careers right after high education.

We find women enrolled in various financial and business institutions where they are exposed to the complex theories of business and finance. This is leaving positive impacts on global finance. The reason behind this mindset with respect to unconventional professions is the curiosity to explore them by using the skills which they are being taught in educational institutions.

Well, now we have witnessed some of the greatest businesswomen along with their men competitors who are proving their worth being the creators and planners.

As earlier, it was revealed that the economic burden is growing at a fast pace. So, it has consequences as well.

Today, a single individual cannot meet all the familial needs because the needs are enormous and salaries are little. In these situations, women’s empowerment has shown people a new way.

Many women entrepreneurs are coming into the business world in an attempt to lighten up the burden a little. Many small-scale entrepreneurship ventures are a result of this mindset. The familial balance is finally getting a new shape where both the individuals are sharing up their responsibilities.

It is not only useful for the families in terms of their needs but is also bringing out the hidden skills of women entrepreneurs in front of the world.

The Choice To Be Independent

Many women entrepreneurs enter into the entrepreneurial world because of their choice to lead an independent life. These women are full of willpower and are ready to experience challenges through testing their skills.

This is why we find many of the young girls preferring entrepreneurship. The belief associated with this talks about individual skills which are used for a grand purpose and a suitable venture.

Today, the cosmetic and fashion industry is full of entrepreneurs who want to become exceptional through their talents. These are the women who are interested in exploring their own skills rightly and starting new ventures to promote their financial growth.

Many women are turning their attention to the entrepreneurial world because unlike other professions, here women follow their passion and use all their skills for the individual benefit by being their own boss and showing others the way to success.

Demand For A Comfortable Lifestyle

They accept the belief that you have to do a lot of struggle to become a successful entrepreneur, but their statement also contains the belief that once your idea gets hit in the business market, it is easier for you to elevate the social ladder.

Many of the women entrepreneurs who have typically represented this are Oprah Winfrey, Huda Kattan, and Kylie Jenner. All of them are known as game changers because of the way they revolutionized the very concept of entrepreneurship for women.

Entrepreneurship for women is the new way of the modern world. This is empowering on many levels. Women find entrepreneurship as Asan ideal career because it helps them find out their real skills along with the field in which they are most interested.

Many women entrepreneurs have influenced other women to step up in this world because of the empowerment that comes with it. Many of the entrepreneurs who have emerged as the shining stars in the business world have done a lot for women’s care around the globe.

So, this mutual sense of care and concern also strengthens global sisterhood. The economic pressure is equally perceived by both the genders now and the women challengers of the business world know well how to strategize and respond to the ongoing competition in the market.