Home Business All The Exciting Details You Need To Know About An Entrepreneur In... 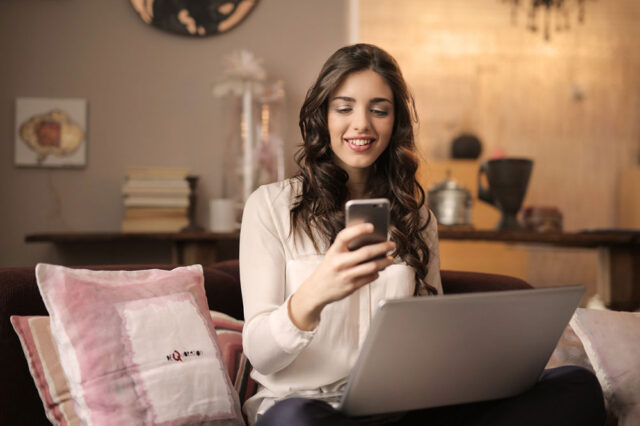 Entrepreneur in Residence or an EIR has become pretty much common these days. All thanks to the Venture Capital (VC) firms in particular.

Take yourself a few steps away from the modern world into an era when life was fairly simple. At that time, people who wanted to buy something new always preferred to consult with someone who had already bought that or was trying to buy it. Other than these two cases, it also happened that the person with whom they consulted was knowledgeable enough about that thing of interest.

Coming to the modern world, this basic rule got its reward by being a precept of the financial world. Within the financial domain, many new concepts jumped and two of them were the “Venture Capital Firms” and an “Entrepreneur in Residence.”

Also Read: “Fascinating Facts About A Fabian Entrepreneur in 2021”

Who is an Entrepreneur in Residence?

Well, for that we have to go back to the above example, and with the help of that, we will break his identity to you.

In the above example, there were few people who wanted to buy something and they consulted an individual who was already well-aware of that specific item of interest. So, in that example, that very individual was the entrepreneur in residence. Now, let’s explore more about him with the help of a justified definition.

“An Entrepreneur in Residence is a successful entrepreneur who accomplishes one entrepreneurial venture with considerable success and is then hired by the Venture Capital firms to potentially sort out their new portfolio companies as well as help them by creating a business plan of an entrepreneurship venture where they can fund according to their desired markets.”

An entrepreneur in residence helps the venture capital firms by bringing them close to their interest ventures and helps them to earn the due profit out of it. In return, he is either granted a fixed salary for the service that comprises some six to twelve months in general or he sometimes becomes the cofounder of the ventures where the firm has funded.

Roles of an Entrepreneur in Residence

Out of the many roles held by an entrepreneur in residence, this is the most significant one. As a part of the firm, he is the individual who holds the most expertise for an entrepreneurship venture.

This is why he knows the trends of market research. Whenever he is hired by a VC firm, the first and the foremost task which is held to him is this one.

Sometimes, the research also involves his own personal interests and the criterion of funding given by the firm i-e: he is asked by the firm to conduct extensive market research according to the range set forth by the firm for including a special startup company in their portfolio he starts everything from the basic and then reports the firm about his findings.

Providing Suggestions to Diverse Entrepreneurs in Need of Funding

An entrepreneur in residence serves as a suggesting source to those who are in need of that. For this purpose, he again searches for the weak startups, companies that are on the verge of disintegrating into fragments, or ventures that are in search of a potential partnership.

He has the art of presenting an impactful sales pitch. Based on the information he carries directly from the VC firm, his prime duty is to make the minds of other entrepreneurs show their interest in receiving funds from his respective VC firm.

For this purpose, he comes up with different plans that are wickedly focused on improving the condition of the startup, so that the entrepreneur of the interest finds it hard to avoid those suggestions and gives up at the end when it comes to including his respective startup as the portfolio of that specific firm.

Informing VC Firms About the Feasible Ventures for Investment or Funding

As I have already said that right at the beginning when an entrepreneur is hired by a VC firm. He is given an account of the overall funds. Based on those funds, he has to look for the most profitable venture and inform the firm about this.

This role is performed actively by him with the help of his elaborated take on the market and extensive research. Right when he finds the most suitable company which matches all the attributes as listed by the firm earlier, he informs the firm about that. This helps the company to carry out further procedures involving deal pitching and legal preparations for the equity rights.

Acting As A Mediator

You can also understand an entrepreneur in residence as a mediator between the VC firm and the interested companies. Because he has a close association with both, hence, most of the activities from both sides are conducted by him.

It is not because he knows everything from the beginning but because his opinion is considered worthy enough to be taken into consideration.

This gives him an upper edge in the whole funding scenario, where he informs both the parties about the terms and conditions in addition to the market trends. Furthermore, he also proposes a number of ways and methodologies through which the startup can be strengthened.

A portfolio of a venture capital firm describes the success of the firm. The more is the number of companies included there, the more we will find the firm peaking at the charts.

This is why the role of an entrepreneur in residence becomes the most essential of all. Since he is the jack of all trades, so he has to make sure that the number of companies that are included in the portfolio of the VC firm are all reputable and will eventually prosper in the market.

This is because the initial success of a portfolio company in the market then attracts the attention of all others and they develop their interest toward a particular firm and this is also the quality that describes the skill of an entrepreneur in residence.

Not always an entrepreneur in residence is the one who holds the banner high and is mediating between other entrepreneurs and the VC firm. Sometimes, he is also approached by the firm for a totally different cause.

He is asked for initiating a startup from the beginning. This gives him an upper hand in terms of the founder. He can accomplish his dream by founding a potentially profitable business venture.

The firm backs up by finding the startup, so this is a great chance for him to exhibit his own skills. In these cases, often the stakes are divided. Some of the funding or a portion of the venture is funded by the company and in certain cases, he funds some portion by himself. Eventually, he rises up to be the co-founder of the venture.

The VC firms are on a large part dependent on the entrepreneur in residence. This is because he is the individual who provides the firm with essential trends going on within the market and then tells his stance about them.

In other words, he makes the firm aware of the top trends, so that they can, later on, fund those companies who have focussed on that specific trend. Furthermore, he is also an analyzer who tells the firm about the possible portion of funds that would be needed for establishing a particular company as a portfolio.

Different companies are funded differently based on their mode of operation and all this is easily managed by none other than the entrepreneur in residence.

Also Read: “Top 10 Interesting Facts About a Business Entrepreneur in 2021”

An entrepreneur in residence is an individual who enjoys his expertise by imparting the field knowledge to those who need it most. As a part of a specific VC firm, his role is not all about monitoring, informing, mediating, and planning but he also finds out the types of deals which are practically handled by the VC firms along with the overall funding that is suggested.

This information helps him a lot in establishing a mega venture of his own. He has all the due details about the resources and funds which means he raises up to be the successful one.

Dur e Najaf - July 27, 2021 0
Success is the goal of every individual. Who does not want to prosper in this competitive world? Since the competition has doubled up, the...

An Exclusive Detail About All The Mandatory Types Of Rural Entrepreneurship...

Personal Finance Reddit: The Tips and Tricks of Finding the Best...