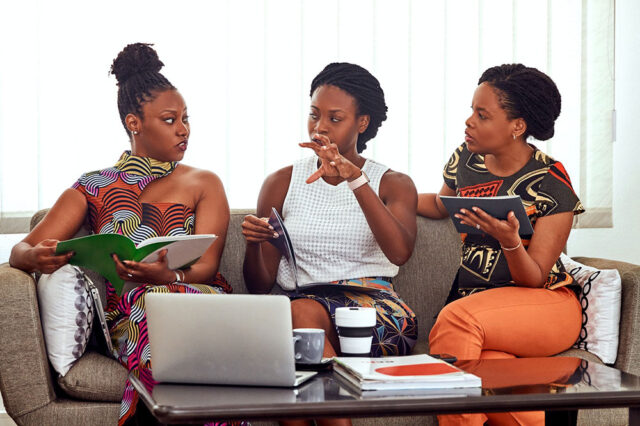 Black Entrepreneurs are challenging the destiny which was expected once for them and is defying it with their skills and willpower.

The year 2020, had witnessed a number of unfortunate events, and then we found blacks rising after many decades for their rights through the “Black Lives Matter” movement due to the George Floyd incident which happened in 2020.

Though this was the onset of the wake-up for all the blacks around the globe, it also changed the momentum of other nations and it was only then when humanity accepted that Blacks are an integral part of any economy.

Also Read: “10 Intriguing Facts About The Lifestyle Of A Successful Entrepreneur”

They are people of strength with thousands of years of heritage and courage and it is their prestigious heritage which they are spreading in every core of their life. It was only then when people actually wanted to know their contribution in the field of entrepreneurship and business and they weren’t disappointed at all.

Black Entrepreneurs Taking Up The Lead

Just like all other fields of life and areas of knowledge, blacks are there in the economic and business world too. Their hold is getting strong by the entry of new black entrepreneurs within the lot and together they all are working hard to establish much-required black supremacy within the business market.

Though most of the black entrepreneurs have started from the bottom and ultimately they managed to reach the top of the tier. We have examples like Michael Jordan and Oprah Winfrey who don’t need any kind of introduction because their names have become a brand due to countless years of effort and resolve.

However, the current lot shows great interest in unconventional markets. They are very keen on finding a market that can hold the burden of unconventional businesses. Unlike other entrepreneurs, one thing which I found dominant about the black entrepreneurs is that they have the courage to accept their failure and their ventures began from a very minimal setup.

This is what makes them special among the list of all other aspiring entrepreneurs as they are courageous to alter the trend, keep their traditions intact, and bring forth a sense of innovation that is wrapped in the strengthening strings of glorious customs.

At present, if I begin counting the numbers of the courageous faces, the words will fall short. So, in this article, I am only taking you to meet the super seven brightest stars of the entrepreneurial sky who are rising high because of their innovative strategy and unshaken belief.

Who doesn’t know the name of this young soul from Ghana when it comes to fashion. Aisha rose to acclaim because of her brand “Christie Brown” whose foundation was laid by her in 2008. As a fashion brand, this became a sensation not only in Ghana but internationally especially when she designed a customized dress for Beyoncé at an event.

This made her come in the headlights and the cameras of all the international media houses turned towards her. Her star of success kept on shining brightly as she was consecutively interviewed as one of the leading fashion icons of the 21st century by BBC world in 2016 and along with that Forbes included her within the list of the “Most Promising Entrepreneurs in 2016”.

She is a recipient of several international awards and is known for introducing Ghanaian fashion all across the globe. As of 2021, her net worth comes around $5 million and is enhancing by every single day.

This 32-year-old has accomplished much more than his age. Originally hailing from Saint Louis, Richard Williams adopted his stage name right when he started his career as rapping.

An accomplished rapper, when became a YouTuber, the goddess of luck supported her over there as well and in a limited period of time, his fame compelled Forbes to add him to Forbes 30 under 30 list. His YouTube channel gained a billion views over the course of years.

He also directed several music videos and became a renowned motivational speaker and healer through words. His true identity is Youtube from where he makes much of his revenue. In 2020, another feature of his personality was known to the world when he actively resisted the Black massacre. At present, his net worth is $1 million.

Who says women can’t be computer experts and can turn technical knowledge into a business? At least, Miami-born Corvida Raven doesn’t believe this. She emerged as a famous technical writer right after she established her own blogging site, Shegeeks.net in 2008 which afterward led her to the creation of A Third Place in 2011.

However, her journey in the field of computers is very old. She started writing about computers from her teenage and then led her passion to drive her to the doors of various opportunities.

Young Corvida has become a part of Intel, Chevrolet, Mr.Tweet, and a number of other big-fat names. Raven at present has a worth of almost $0.5 million as her site is ranked among one of the top 100 sites for technical and SEO writing.

Originally hailing from Uganda, Mwenda is a 49 years old journalist, current affairs writer, and entrepreneur who created her own newsmagazine “The Independent” founded by him in 2007.

Mwenda is a recipient of various fellowship programs in the most prestigious institutes of the world. He has been a part of Oxford University and Stanford University for his education. In addition to his ventures on political activism, he is an acclaimed TED speaker and has motivated millions because of his knowledge and mindset.

He was awarded CJP International Press Freedom Award because of his innumerable services in the field of political journalism. He owns almost $5 million at present.

Bringing a mixed-race individual, Garry owns the deep roots of his Jamaican heritage and believes in the beauty of diversity and respect. His story is a true tale of inspiration for every budding entrepreneur who wants to achieve the heights of success on the basis of mere skills.

Having a Jamaican father, things were not easy for him in London from childhood. Under tough circumstances, he left the school in senior high and started searching for jobs. Ultimately he found the job of a stockbroker and this was when Sthree PLC embraced him and in 2013, Gary became its CEO ending up with a turnout of billions.

For his services, he has also been a recipient of an OBE in 2016. Amoria Bond, a popular stock trading company afterward in 2018, appointed Gary as its Chairperson. Gary not only proved his worth but is currently active in leading the message of diversity and acceptance through his online venture “Diversity and Inclusion Charter which will initiate right at the end of December. He makes £1.3 million annually.

Chinery-Hesse is the mind behind modern Africa. I am not wrong when I say this because he is the one who initiated his entrepreneurial venture in 1991 under the name of “theSOFTtribe” in Ghana.

This 58-year tech legend is known as the “Bill Gates of Africa” because he changed the perception of technology for all. He is considered among the best all-time 15 STEM innovators who have contributed to making a change. Chimney-Hesse always credits his success to his Ghanaian roots.

The year 2019 served as a lucky year for him as he was given the  Commonwealth Chairship of business and technology projects all across Africa. His own company is one of the strongest contenders of all time which shifted its flux not only in Ghana but in nearly 5 other African countries as well. At present, his net worth estimates $7 million.

Luti is a British actor, producer, music director, and entrepreneur who rose to prominence in the year 2006 when he laid down the foundation of his own production company named as “Luti Media”.

Since then, hundreds of videos are credited to Luti and this not only includes films and T.V videos but several of the Emmy nominated music videos are a part of his magic.

Over the course of his company’s career, the company held the responsibility of making music videos for stars like Iggy Azalea, Miley Cyrus, and One Direction.

He is also credited among the youngest entrepreneurs and music directors whose music video broke records of success in a single day. Luti is not so young when it comes to managing a worth of $1.5 million.

Also Read: “Who are Successful Entrepreneurs?”

Black entrepreneurs today have shown their competence in every field of life. Whether it’s technology, film industry, trade, glamour, and humor, we find a number of black icons who are changing the concept history has about them. These challengers are those who don’t lack the willpower to prove themselves against the odds and are continuously changing the world’s outlook with their grand ventures.

An All-Inclusive Powerful Guide Of Effectuation In Entrepreneurship In 2022

Top 10 Intriguing Facts About General Nature Of Entrepreneurship In 2021

Surprisingly superb 6 entrepreneurship articles we think you need to read...