Home Business Amusing Traits Of A Self Confident Entrepreneur in 2021 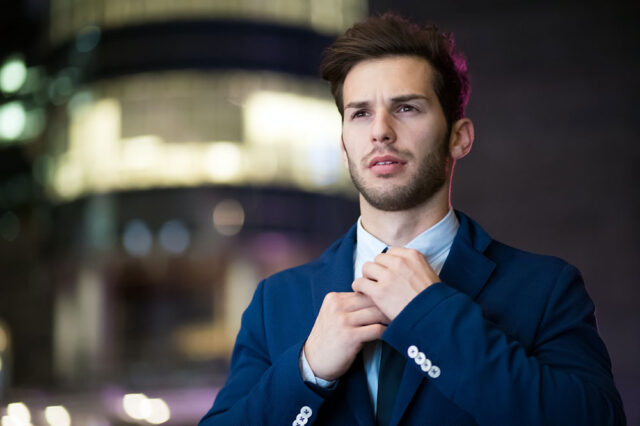 Confidence is the key and within entrepreneurship, a self confident entrepreneur is more likely to achieve whatever he desires because of his confidence.

Why is it said? Well, because of the obstacles that are enormous and tasks that never end. This world is a maze of ups and downs. On an honest note, weak-hearted ones have really no place over here because they are the ones who will eventually give up. It is only because of the strong ones, the ones who never give up and keep their guard high in times of tribulation. It is their unshakeable confidence that makes them lead the world.

Also Read: “Who Are Successful Entrepreneurs?”

Who Is A Self Confident Entrepreneur?

There should be no confusion in this because it is quite simple. A self confident entrepreneur is an individual who enters the business field with not merely planning but hopes that are sky-high.

He has high hopes because he understands his strengths and when he understands the strengths involved in making him the strongest contender of the business world, only then he is unbeatable.

Today, I will share an interesting fact with you. You know the difference between a mediocre entrepreneur and an acclaimed one is only the level of confidence they have. It shakes when a mediocre goes through tough times.

As the path shakes, the sense of direction also loses, and eventually, the individual becomes directionless. This trait is not repeated by an acclaimed entrepreneur. He is the one who always finds one more reason to stay in the battleground even after all his companions have already bade farewell.

He knows his potential and realizes that alone he can do wonders. This realization, the confidence to achieve anything on his own makes him unbeatable in the end.

10 Precious Traits Of A Self Confident Entrepreneur

No doubt, a self confident entrepreneur is more than a blessing. The confidence which is bestowed to entrepreneurship becomes an active source of running businesses in the far-fledged areas making the country proud and globally strong in the economic sector.

There are some traits of all those successful entrepreneurs who have attained the zenith of success in the entrepreneurial world.

All the great entrepreneurs who know that they have the potential to change the world are the ones who have great ideas in mind.

These ideas are not random but planned, fully interpreted, developed through efforts of days and nights, and then carefully curated before the world. It is this innovation that later on gives them the confidence to prove their agenda before the world not just randomly but through proof.

They have proof of their capability through the innovative plan or the product which they have offered to the world. They are not like ordinary entrepreneurs who want to be a part of the race but they are the ones who want to alter the course of the race by changing its direction.

They are the individuals who not only fall in the category of “self confident entrepreneurs” but they are the ones who are the “creators” of a unique idea and this is what makes them different from the mediocre lot.

People who have always sustained their life in one kind of circumstance can never progress because they have never been able to adapt themselves according to unfair circumstances.

You can never expect what life holds for you in the future. The simple mantra is to accept the change and work for it. Some days, the change might not be as good as you have wanted it to be but it again teaches you something good.

I personally believe that every change in life occurs to teach you something. So, the next time you fret about the business not going high, think that you can still make it till the end because you have skills. When you are confident over your skills and are not afraid of whatever may come your way, only then you become the true self confident entrepreneur.

Confidence only comes right when you know that you have the zeal to struggle. Those entrepreneurs who have not seen the true face of struggle are the ones who can never become successful in the field. This is because the battlefield requires guts and experience.

Those who don’t have both are already the losers. Remember that it’s not a big achievement if you are funding a business and the creator is someone else. All you are doing there is just investing. The real power comes from observing the issue from its root, sorting out all the possible ways of change in it, and then bringing a real change through innovation.

Yet the struggle for innovation doesn’t end over here. You need to continue your efforts even after you have made your due place in the field. This is because long-term success asks for a minor sacrifice.

This sacrifice involves the sacrifice of your comfort for the cause of your glory and we have witnessed this through the success stories of all the prestigious self confident entrepreneurs who trusted their intuition despite difficulties and never pushed hard work away from them because they know well that it is all they have to offer this challenging world.

The self confident entrepreneurs do not work for the trends. They are the ones who create trends of their own. Perhaps, the most fascinating thing about their identities is that they never get relaxed with convention.

They are the ones who even criticize their own developments when they find that a new need for renovation is near. This sense of renovation promotes them to move forward and this is why they are continuously successful in the field.

Their confidence makes them believe that they are not meant for staying by the norm but to break it apart and then create another norm and so on. This is how they capture the entire world in the charisma of their personalities.

A self confident entrepreneur has full confidence over himself. For him, failures are just a way to continue once again with a better realization.

An entrepreneur who is self confident never looks back at the past once the bad time is over. For him, the past is nothing to be regretful about and serves only as a source of improving him in the future.

This is the mantra adopted by the successful entrepreneurs of the world that they never ever give up even when things become extremely hard. They always remained stuck to their ambition even after things went wrong a number of times. Their confidence didn’t shake. It was because of this very confidence that they eventually became successful in the global entrepreneurial territory.

Such an entrepreneur believes that opportunities are not something for which one can wait but they are rather the magical entities an individual can create by being headstrong and confident. This is how they eventually overcome any storm that hinders their success.

Also Read: “What Makes An Entrepreneur?”

A self confident entrepreneur is indeed a rare breed. However, it’s not so difficult to be one. All you need is a little bit of courage to shake yourself from procrastination to an extent of practical actions.

All your practical actions must be based on your own interest rather than the demands of the market. There is a simple philosophy hidden in this point.

If you will try to run with the market trends rather than working at your individual uniqueness, you will always be on the verge of danger because things in the market are unpredictable. Creating your own uniqueness is the way to succeed.

8 Gruesome Yet Absolute Challenges You Face Being A Female Business...