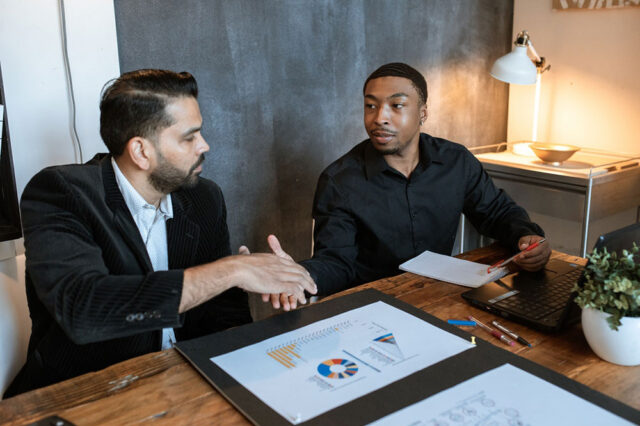 Entrepreneurship in economic development seems much more prominent because of the ongoing entrepreneurial trend in the business town.

Entrepreneurship is always associated with the act of setting up a business. This means an entrepreneur is an achiever from the very first stage. Even though he doesn’t yet go near to success, he has already achieved a lot.

He is the one who creates an entirely new setup. He is the one who innovates a strategy for providing a sound solution to an apparently existing problem. All this makes him too close to the overall ideology of entrepreneurship.

Is Entrepreneurship Significant In Economic Development?

The answer is a big yes. Entrepreneurship is not just a random idea of creation but it has many other ideas wrapped within it. Every single idea of the entrepreneurial world is a collection of alternative sets of ideas that altogether serve to deliver the best. It is because of these ideas that entrepreneurship is perceived not only as a concept of establishment but also as a sound concept of giving new ways to the capital of the state.

Entrepreneurship is highly connected with economic power. You ask me why? Let me address this rightly. Every new business that makes its entry into the business world is directly dependent on the economic power for its growth.

This growth sometimes is so dominant that the economy boosts up in one quick push. It is always believed that when an entrepreneur begins his journey, he is no longer thinking of himself only but he also alters the lives of hundreds of people who are connected to him one way or the other.

Role Of Entrepreneurship In Economic Development

Entrepreneurship is the factor that changes the dimensions of economics as well. We have many examples from the success stories of the world’s greatest economies. If you are confused about this, let me clear it up for you.

One time America was a new nation only there on the map of the world as a mark of colonization. This trend shifted totally right when the industrial revolution made its way in America. The aim was to make“Great America”.

Industries and business took their part equally in this mission and we saw America becoming a superpower because of its advanced industry and the up-to-date business sector with the establishment of a business hub right there in the middle of America as “The Wall Street”.

After this, China second this ideology adopted by America and showed the world that when setups are encouraged, wonders happen in the economic sector. It became the most revolutionized face of entire Asia and other Asian countries started following this thought pattern adopted by the Chinese.

What Does State’s Benefit Mean?

State’s benefit is an umbrella term. However, when we bring it into the economical sphere, it means providing a source of benefit to the state in terms of the annual capital or the GDP.

Whenever a business venture is established in a country, the acknowledged entrepreneurs who have gained enough experience in the field are fully aware of the fact that if their sim would be directed toward the state’s benefit, it is only then their products will become a global phenomenon.

Contribution Of Entrepreneurship In Economic Development

Whenever an entrepreneur starts an entrepreneurial venture, he is not the only individual who works for that cause. In any startup, an entrepreneur can never achieve anything on his own until and unless he employs like-minded people with him for assistance.

This way a startup becomes a good source for job creation and it supports jobless people who have no way to earn and lack investment to start a business of their own. When more jobs are created, the economy automatically gets boosted up because of the high job rates and unemployment no longer remains a burning issue.

This makes the economy strong, growth of GDP absolute, and the country makes its name in the list of the developed countries.

It’s an obvious thing that whenever more industries are there in a country or more businesses operate in a country, its capital is enhanced deliberately. This is because the number of jobs is balanced. So the taxation process is fully functional and fewer people are tax defaulters.

When every citizen of the state pays its taxes on time, the economy of the country develops more efficiently and the treasure never remains devoid of the capital. This also makes the currency of that country strong because the economy is already strong so the value of each and every item of that country gets stronger.

Whenever a country has more business, it is natural that its products get surplus and can then be exported on an international level. We all know that it is a basic factor that whenever the exports are higher than the imports of a country, the GDP shines brightly and gives more power to the already strengthened economy.

So, whenever the export rate is higher, you should thank all those creators who have worked hard so that their products can have a global reach. Not only this, but that global reach can help themselves and their country build a strong kind of impression.

I don’t think that I need to fall into major details for this one. You all have seen life’s standards in developed countries. In those countries, where personal talents are preferred over the thematic exams, entrepreneurship prevails and flourishes.

The progress of entrepreneurship itself is an indicator that a lot of people would benefit from a single venture. This benefit is monetary and of course, when individuals are monetarily strong, they have this power to build their lives efficiently according to the luxurious living standards of the modern day.

Entrepreneurship is indeed a creator for industries. As the market grows wide, the areas of expertise increase. When these areas increase, you become knowledgeable about more business opportunities. Many top-ranked entrepreneurs are very conscious about creating unconventional industries for the growth of capital at the end.

These industries serve as a gate leading to success, not only for the entrepreneur himself but for the manpower which is being employed and then the state itself which obtains a portion of the benefit and feeds the state’s treasury making sure that economic growth takes place at the fastest pace.

Imagine the number of talented individuals who are hindered to fulfill their dreams just because of the lack of enough capital. They don’t have enough resources to create their individual setups because of this. So, the hidden talent always remains hidden.

However, this is a picture of the developing countries where entrepreneurship is still trying to stand at its feet. In the developed countries, those who have the talent but lack resources are provided grants and all sorts of financial aid from renowned entrepreneurs.

Many entrepreneurs who have done wonders in their field have established top-ranked incubation centers for such intelligent minds. Here, the ideas are nourished and then aided which later on takes the form of a strong tree making the garden of economics more beautiful.

Making Use Of Unused Resources

Entrepreneurs have extraordinary minds. They are the ones who identify every possible resource for their venture and locate it from the farthest corners across the state. In doing so, much of the hidden resources are fully used by the entrepreneurs for their benefit.

This benefit can be of several kinds. For example, many companies in the UK have a recycling motto, so they use dumped plastic and other garbage items for the production of packing substances. This not only makes use of the unusable resources but also becomes environmentally friendly.

In the same way, Nestle, a multinational setup helped farmers with the growth of coffee trees all across the world through their selective programs which means that entrepreneurship is a good way to enhance economic as well as environmental growth.

Entrepreneurship in economic development is almost appreciative. An entrepreneur’s efforts need to be appreciated for he not only creates a long-term benefitting plan for himself but also benefits all the resources and actors which come in the way of his journey.

The need of the time is that every state in the world understands the role of entrepreneurship as the foundation of the modern-day economy. When entrepreneurship would be accepted as a convention not just as a model of innovation, only then the prosperity will get the chance of visiting the treasury of the state.

Dur e Najaf - January 16, 2022 0
There is a whole list of the courses you need to take to be an entrepreneur because every single course bears the fruit of...

Surprisingly superb 6 entrepreneurship articles we think you need to read...

What Exactly is the Entrepreneurial Mindset?

Top 10 Fascinating Personal Finance Podcasts; We Are Totally Obsessive About...