Home Business Entrepreneurship Degree: Have We Really Come a Long Way Dealing with our... 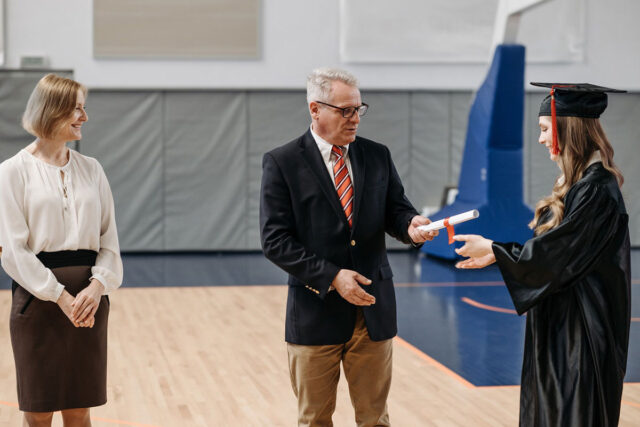 Entrepreneurship once was considered an idea out of the ordinary, which compelled people to move forward and give up their previous life to turn the present into the one they had always desired. At the onset of this mentality, very few people had the courage to leave their professionally accomplished careers and well-paying jobs for nothing but just for the sake of a few dreams.

However, as the world became more globally connected and some grand entrepreneurial ventures shifted the face of the world, attitudes started shifting too. Something which was once considered risk worthy was becoming the new area of interest for the majority as they wanted to explore the complexities associated with entrepreneurship.

At the end of the first part of the decade of the mighty 21st century, innovation became the deciding factor while allocating the possible fate of the global world. Many of the successful business personnel knew their significance as well as the importance of their venture. They all became keen to influence others with their ideas. These ideas were not just randomly spilled pieces of information but were rather a stimulus to bring others towards the phenomenon of sound thinking and changing the world merely on the basis of ideas.

Participation in the Entrepreneurship Literature

When we talk about entrepreneurship, it is distinctive from the other fields of business because of its influence upon individual ideas and then taking practical steps. As easy as the idea appears, it is equally striking that you can win a lot on the basis of just a little. However, much of the entrepreneurship literature cleared the façade of this world before the aspiring entrepreneurs.

Progress over the Past Few Years

From 2010 till date, hundreds of books have been written on the subject of “entrepreneurship” alone. All these books are extremely important because, over the course of the years, these books have really been an active agent in shaping many minds. This is why a number of people today are zealous enough to make an unconventional choice and go for entrepreneurship because to them individual skills are meant to change not to remain a part of the norm as many others.

Influence on the Mindset

Influence of the Success Stories upon Entrepreneurial Education

Success stories are living embodiments of distinction clearing out the doubts of many at the very instant. Almost, in every single field, practical education is considered much more influential than the theoretical one since it attempts to provide answers to many burning questions at the moment. Entrepreneurship is no exception to this, the stories of those whose striking ideas changed the fate of the world were also a promoter making others think the same way.

You won’t disagree with me that today many of us want to become the next Bill Gates, Steve Jobs, or Mark Zuckerberg because we are highly influenced by their pattern of thinking. We consider them as role models for our own success stories because we have seen them ruling over the world in the past few years. It is the very quest to rule that makes us all go after entrepreneurial basics and find out the alluring and life-changing agendas hidden under this umbrella term.

Entrepreneurship’s Revolution in the Educational World as a Mainstream Degree

All these factors have equally contributed to prevailing the idea that just like other conventional subjects, entrepreneurship should also be made an essential part of the learning courses so that people who want to start their careers as entrepreneurs can have a kick start right from the base. The idea behind this thought is the significant formal education carries in general.

In the practical world, people have become more conscious of the educational degrees that come after their names because they believe that it is going to bear any good results in the professional field. Moreover, the consumer is getting more intelligent than in the past and the demands from his side are also a reason that entrepreneurs are eventually becoming a part of the conventional course.

The consumer today no longer believes in the assurances but values the proof to become credible for the servitude. Hence, many individuals prefer the idea of taking up entrepreneurship as a degree rather than entering into the world on the basis of some creative ideas and personal interests.

What is an Entrepreneurship Degree?

An entrepreneurship degree just like any other course consists of several inter-related courses about entrepreneurship including planning, bootstrapping, agenda formulation, resource hunt, and market strategies. All these courses provide a deeper insight into the concept of entrepreneurship so that you could take up the practical examples from the world and interpret them according to personal knowledge in a better sense.

Like all other degrees, upon the completion of an entrepreneurship degree, you are awarded grades and the authorized documentation ensuring that you are now a keen and well-learned entrepreneur who is ready to take up the challenges of the real world. The aim of this degree is to nurture your skills according to every possible circumstance so that you can formulate an immediate response to every tribulation that can save the venture and make you acknowledged among the rivals of the business world.

Advantages of an Entrepreneurship Degree

An entrepreneurship degree serves to assure that:

Disadvantages of the Entrepreneurship Degree

Is the Entrepreneurship Degree Worth it?

Well, it depends on the individual perceptions and ideas about how you take entrepreneurship. However, one cannot disagree with this point of view that most of the successful entrepreneurs who are serving as a beacon of light today for the upcoming breed were not formally educated about the concept at all.

The reason is that entrepreneurship is actually a process that works through the continuity of ideas rather than some theoretical knowledge that is being taught in the classroom. I once heard that the world actually serves as the true classroom for individuals teaching them a number of lessons even more than they could have learned in some classrooms. As for entrepreneurship, this statement seems to fall truly in its essence because the innovative ideas which are a blessing as well as the specialty of entrepreneurship are unique to every entrepreneur.

The uniqueness gets killed if every individual is exposed to the same situations in the classroom environment. This can help an individual to learn about the importance of responding to a tough situation but it can never prepare an individual to battle against all kinds of trials and tribulations. For that, you would surely be needing real-life situations which then totally makes the importance of the associated degree fall somewhere in the background.

Top 10 Intriguing Facts About General Nature Of Entrepreneurship In 2021

Dur e Najaf - August 26, 2021 0
Entrepreneurship is not only a concept but there is a certain nature of entrepreneurship related to the concept itself. This nature determines the destination...

Some Little-Known Brilliant Facts Regarding Entrepreneurship Characteristics In 2022