Home Business 7 Comprehensive Steps of The Entrepreneurship Process in (2022) 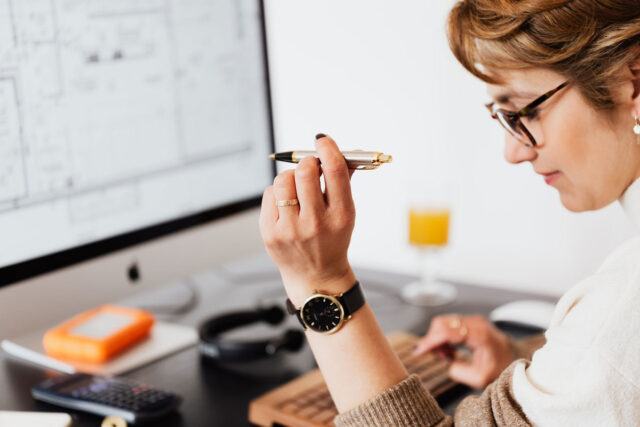 A lot of people often relate the entrepreneurship process to entrepreneurship. Yes, they seem familiar but are not so familiar at all. In entrepreneurship, you “decide to set up a business, look out for the possible resources and then start developing on the practical level.”

Why The Need For The Entrepreneurship Process?

The answer is simple because you cannot expect any progress in the practical part if you are not focussing on the development. The development involves contemplation, planning, resource hunting, and sticking to one particular idea among so many, so that it may help you when you need it practically.

Many of the entrepreneurs are not fully aware of the development of one fine process that goes long till the success station. This creates a mess for them at hand because they are unable to set up the disintegrated parts of their company.

You must remember that following the entrepreneurship process involves only now or never. If you have not acted upon the process keenly at the present moment, then you will remain unable to make important corrections when the time falls. This is because there might be hundreds of other problems arising from the deepest sections of the market.

Hence, it is important that you observe the thorough mechanism of the entrepreneurship process very carefully and work to your maximum capacity before the calamity falls. This will save you from intense future efforts.

Though it appears simple, the entrepreneurship process is complex when it moves to the inward layers. You have various steps to follow and fulfill their due responsibilities at first and then obtain the success of your venture as a reward for all that.

Here are the essential 7 steps of the entrepreneurship process which make up almost all of the strong ladder of the process at the end.

Creation of an Idea

If I ask you the central core of any grand or minor event in this world, you would probably come up with an entity so small yet the purpose so big. You will come up with the thought of receiving it as an idea which you think can propagate further.

As the first step, it is the very idea that takes its shape in your mind and continues on evolution until it becomes the one which you now admit to adopt and apply the business strategies for the development of this plan. Various incubators are serving right at the moment to have a voice to your randomly scattered ideas in a unison. Consider the example of Walt Disney who at first started thinking of a comic cartoon that could also turn out fun for all ages. This was just a single ide

An idea is of no help unless you are unifying into one single concept and then noting that concept on the paper. Here you start making necessary preparations as well as you find out the odds and events on your way alongside finding out the other players in that specific market which you have decided for your venture.

The business plan is the entire foundation of your business and if it lacks in quality then your business has definitely moved in the wrong direction from the very beginning.

Seeing Walt Disney’s ideas of comic cartoon animals,  the unifying factor is the “comic nature” of the cartoon which finds “animals” as the essential component of its operations. So, he starts functioning on this comes up with the earliest sketches of Mickey and Millie.

The Mouse eventually develops into a realistic idea through the shape of “Mickey Mouse & Friends”.Thus, remember that a business plan is something that makes you land on realistic earth from the imagining mind.

This is the hardest step in the entire entrepreneurship project. You have to look for the resources by yourself and unfortunately, because of the financial situation that is prevalent, there aren’t enough options to consider.

A number of entrepreneurs cope up with the first two steps but are stuck over here because they lack all the resources which are required to start the venture. When there are not enough funds to sustain life, things come to a halt and you can never expect to work on that venture anymore because of the lack of all the resources that are required either manpower or finance, and in many cases, it involves both.

This was faced by even Walt Disney too, his initial funding was rejected by the major players of that time and even eventually things got lucky on him and he became able to lay the foundation of the world’s most successful movie company.

As always, there is no time left to rest and ponder upon the hunt for a perfect team but you have to do it side by side. Employ passionate people who love their skills and are proud of displaying them before the bigger world.

A perfect team is the biggest asset of any leader. So, let it be. Be a leader and designate authority to your team members on the basis of their expertise. Once you are done sharing the duties with them, don’t leave them with queries about the chances of success of the venture but rather inspire them through your own effort.

At this point, you have to work maximum along with them so as to show them the extent of your passion regarding your venture. Once you believe that the team you have is the best and can take any challenge, nobody can stop you from gaining strength.

Communication is an essential part of your duties. As an entrepreneur, if you are not even communicating with others and stopping yourself from constructing new business relations, are you even a successful entrepreneur?

It is very necessary that you guide all other companions of yours about the venture and its modus-operandi. This is because you know about your project best. The others might not be having that kind of idea about it as yours.

They need to understand your idea from you. This is the basic part of an entrepreneurship process where you have to inform others of your capabilities as a result of which you establish strong business relations.

The most important part of the entrepreneurship process is the introduction of your product in the mainstream market. Once your product is introduced, you are able to find out the success graph associated with your venture.

The presentation and confidence of the entrepreneur play a good part in predicting the future growth of the venture. So, always master the art of presenting your product before the world.

Even if you are hiring marketers for your work, never let them do all the effort and take the overall control and decision about the choice of advertisement into your own hands. This will prove your credibility in the end.

A lot of entrepreneurs neglect this step as they deny the presence of this step as the tenet of the entrepreneurship process. However, the truth is the opposite. You can never forget your products’ value in the mainstream market after you have introduced them. You rather evaluate its success in the field.

A part of success is also proved through the feedback it received. If your product has received positive feedback on the majority level, chances are high that in the near future, your success graph is sure to elevate.

However, if there are negative comments more than positive ones, then you need to understand that somewhere something is terribly wrong which you need to correct right there. Opinions and suggestions coming directly from the consumers can be a good source of finding out the mistake.

Just like entrepreneurship, the entrepreneurship process is also organic. Here, every step has its own consequences and impacts on the overall entrepreneurial process. You can never expect to gain success if any of the steps lags behind the others but equity decides the future of your venture.

If you are productive in nature, things can get simple for you to follow in the future as you will already be knowing the value of risks in the business world which is all defining the nature of entrepreneurship. After all, every business venture is “just an idea of progress which fears risks and favors stable economics.”

Dur e Najaf - July 30, 2021 0
Entrepreneurship is definitely a path full of odds and ills. However, some entrepreneurship myths surely need to end in 2021 because of their useless...