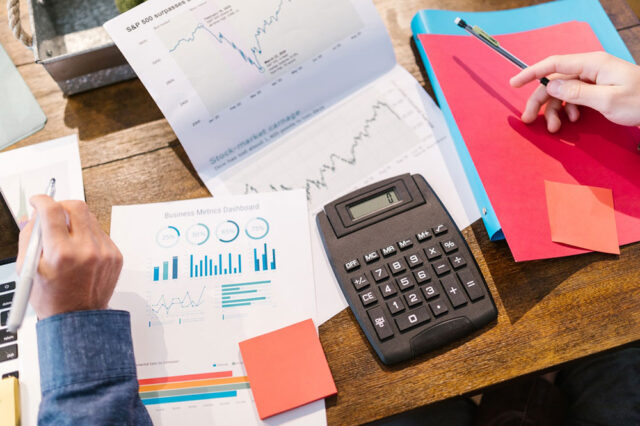 An urban entrepreneur is someone who starts from scratch which is an achievement in itself.

Meaning of the Term “Urban Entrepreneur”

It is very important to understand the true significance of the whole idea. An urban entrepreneur is someone who knows how to create a world of his own. The whole concept relates to the use of the word urban. If we look into the dictionary, this word will seem to us a concept or an ideal which is related to “building up stuff”.

Move back to the most common use of the term urban. We know how urban areas are developed by individuals into grand suburbs and neighborhoods where they can find all of the important resources in a single place. In the past, individuals who migrated from the rural areas to the urban lands constructed every single sphere with their own hands and gave the status of metropolitans to many of the leading urban areas. This hints at the whole idea of being an urban entrepreneur.

Today, urban entrepreneurs are taking up most of the space of the business world. They are highly educated and belong to a class where they have to struggle from a very young age. This adds up to their expectations in interpreting the harsh business world.

When they decide to set up a business venture, all they have is their talent. Most common examples are of high school students and working individuals who want to change their living standards and turn their creative ideas into successful business ideas.

In America, young entrepreneurship has taken a new root when urban entrepreneurs made their way into the business domain. Much of the young minds who lacked resources showed their interests in giving importance to their random ideas after finding the significance of the leading ventures.

In developing  countries where development continues off and on due to several economic and socio-political scenarios, individuals are mostly urban entrepreneurs who want to give their talent an approval despite the tough circumstances which they face.

10 Distinguishing Traits of An Urban Entrepreneur

They say that war wounds are the medallions of bravery and recognition. Same is the case with urban entrepreneurs. They have specific characteristics with which they can be easily characterised and idealised.

He has a Unique Transformative Idea

To make a dish outstanding, there is always one core ingredient that is used. That core ingredient is what makes the dish exceptional and adds its own charm to the overall presentation and aroma.

Entrepreneurship can also be considered as a work of culinary perfection. This perfection comes from the power of a unique idea. A unique business idea is what fuels the entire venture and decides your future in the business domain.

An urban entrepreneur is blessed with the same skills. His only weapon is his talent and the art of creation. He knows that presenting a unique idea in the business market is going to make him successful. This transformative idea serves as the basic ladder of his entrepreneurial venture upon which he steps on and starts developing his strategies.

The first thing which you will find in an urban entrepreneur is the skill to come up with an innovation so peculiar and an idea so exceptional. From there, everything starts to fall in order.

Every entrepreneur understands that resources are the basic part of entrepreneurship. Resources decide the destination but to the dismay of an urban entrepreneur, there are no exceptional resources which can promote and propagate his idea. That makes everything more challenging for him.

This challenge is accepted by an entrepreneur as he embraces this and starts realising that he has to create resources of his own to conquer the business domain. One can state that the lack of basic resources is the actual stimulus behind his business venture.

He is a Resource Creator

Let’s continue with the earlier discussion. If a normal bring is missing out on resources, the most common reaction coming from him would be giving up on the idea of proving uniqueness. An urban entrepreneur has no such fear of failure and disappointment.

To him, resources can be created and formulated. If they are not there, one can mould the situation to create resources which can benefit an individual. That’s exactly what an individual like him does. He is the power behind his venture.

He is the one who tends to make his path smooth without any obstacles. He knows that he has the power to create opportunities which can increase the efficiency of his venture. You will be finding several entrepreneurs making up ideal work situations for them because they believe that their work is their priority and they cannot see any hindrance in the way of it.

Many young entrepreneurs emerge from very devastating backgrounds but their ideas mend their path. They have excellent persuading and creating powers which help them to create extraordinary circumstances to ensure their venture completion.

He Aims to Improve the Living Standards

This creativity propels him to become productive continuously so that this product can help him take up the lead. You might have seen how the quest of Elon Musk doesn’t end at a single point and he now wants to start a new life on Mars. Let’s just check the life of another genius, Steve Jobs.

He created his own opportunities and gave this world the iPhone and MacBook. These two innovations changed the whole perception of a phone for individuals. This is how an urban entrepreneur finds it amusing to elevate the standard of living.

Whereas many other entrepreneurs are concerned about monetary benefits attached to their venture, it is just another goal for an urban entrepreneur. For him the venture is a mark of his skills. From the success of it, he helps to understand the extent of his credibility. His creations are always full of imaginative power.

He wants to innovate because he thinks this way he can understand his true potential. He is the master of a venture. As the leading face of it, his continual tests allow him to find out his strengths and weaknesses for the sake of future improvement.

An entrepreneur is totally different from an ordinary individual. For most of us, work is more or less a burden and we complete our official tasks because of the fear of deadlines and to pay our bills.

We never aim to work in multiple capacities for the sake of growing. On the contrary, growth for an entrepreneur is the most important aspect of his nature. He grows himself over time. He adopts different working environments to get an idea about every type of working sphere.

Talent for him is a lot more than the source of bill paying. For him, working in different capacities garners him vast experience and his talents elevate to another height.

You will always find an entrepreneur proving himself as the best business manager, creative expert and team maker in the town because he knows how to employ his various skills for the cause of entrepreneurship.

An individual who wants to run a business without any idea of the business world is always going to be beaten by the giants. Understanding your stakes gives you the idea to mark your path correctly. Once you are all set to create your mark as an urban entrepreneur, start analysing the progress of your venture everyday and monitor the growth.

Venture expansion is the solidifying phenomenon in the entrepreneurial world. As an urban entrepreneur, once you have created adequate resources for your venture, go on and introduce it to the business market but don’t stop there. Aiming less can be the reason behind failure.

Aiming high is the key to creating extraordinary ventures. Over time, many leading urban entrepreneurs have proved that a single venture leads to the growth of adjacent ventures. This is the way a conglomerate exists. This existence seals the deal and helps you to succeed in the business world on the basis of your own ideas.

Many industrial conglomerates are ventures introduced by entrepreneurs. The best example is Cadbury Industries which rises to be one of the best business ventures history has ever viewed by originally being a small entrepreneurial idea.

Everything great was once a little idea that existed in the mind of a creative individual and took the shape of reality alternatively. An urban entrepreneur understands the significance of small start-ups.

He doesn’t give up at the beginning even when the venture is not getting its due recognition. With time, such an entrepreneur starts becoming more professional and corrects his mistakes to ensure the success of a business venture.

This way he has a lot to offer to the market. There is not just the venture which becomes grand with the passage of time but the whole idea behind it becomes extraordinarily unique. With time, such an entrepreneur increases his targeted consumer and starts laying the foundation of global ventures to become available to everyone across the globe and be the talk of the entire globe.

Whenever an entrepreneur lays the foundation of a business venture, there are always two factors that decide the reason behind its creation. One is need-driven where the venture caters to the monetary and fame-related needs, i-e, you want financial stability, you attain it through entrepreneurship.

While the other one is purpose-driven entrepreneurship. Here, your financial needs rest in the second place while the priority is to complete the purpose or the dream which you have seen. Such ventures are the soul of entrepreneurship because here the entrepreneurs work for their cause and we all know the amount of wonder created with the assistance of the original dream.

An urban entrepreneur is an individual who has to work a lot because of the lack of enough resources. However, these limited resources don’t turn out to be a hindrance but rather become a motivation to create something exceptional out of scratch. This way an urban entrepreneur achieves two ultimate goals: financial stability and expertise or skills while bestowing the clientele with enhanced living standards.

Afaq Hassan Khan - July 30, 2021 0
Personal Finance From the time when civilization first began taking its introductory steps, the foremost thing which was considered essential for the survival of mankind...

Eight Exceptional Responsibilities You Have Being A Woman Entrepreneur In 2021

All The Exciting Details You Need To Know About An Entrepreneur...