Home Business 10 Riveting Connotations of the Term Entrepreneur In (2022) 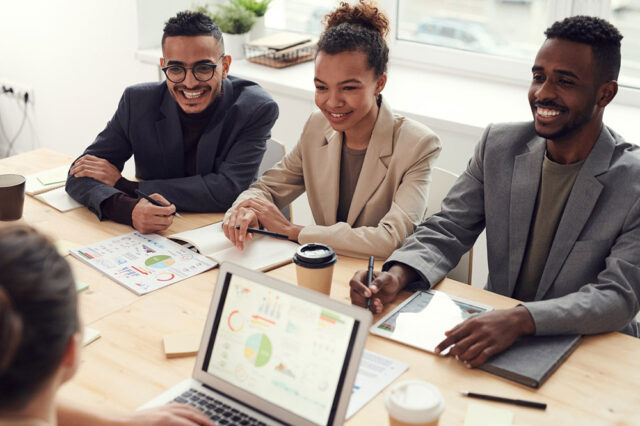 The term entrepreneur has become a normal part of our lives without paying attention to the true connotation it bears.

Entrepreneurship And The French Economy

Today, if we want to delve deeper into the history of entrepreneurship, we will come up with an extensive background where business always remained the central part of every culture. The cultural significance of business can never be ignored because it contributed to formulating a revolutionary definition of the whole concept in the later centuries.

Also Read: “Top 10 Alluring Features Of A Hardworking Entrepreneur in 2021”

The 19th century observed the industrial revolution very closely in various demographics. Right in the French economy, the initial concept took birth in the hub of economists. Jean-Baptiste Say was the leading face of this development who came up with the term “Entreprendre” considering such a risk-taker as an adventurer or the “undertaker”.

From there, the word took its full form and this was how an entrepreneur was born. Though the term was coined much later yet, the concept has remained there from the beginning, taking slow steps to transform itself into a proper challenging idea bestowing either immense profit or leaving an individual with nothing except the trauma of loss.

Why Does an Entrepreneur Hold a Central Position Today?

In this modern age, capitalism has seen a new face. Many of the grand business ventures have taken deep roots in the global economy. An entrepreneur becomes the center of everyone’s attention due to the great responsibility on his shoulders.

In today’s world, entrepreneurship doesn’t remain limited to mere profit or loss but rather becomes the passageway through which new innovations can enter into modern society.

This is why competition in today’s world has become intense among the aspiring ones. Attaching the title of an entrepreneur with a name is not enough but one has to prove credibility in the field. This is why the vision associated with the term has developed into a grand idea that is supported by many hard-working entrepreneurs.

The Term Entrepreneur & The Modern Mindset

A lot of individuals want to become entrepreneurs today because they are only attracted to the profit associated with the venture. For them, entrepreneurship doesn’t count for innovation. They have to become stable because of social pressure and this is why they consider it as the ideal career choice.

Most of the young minds today don’t even realize the connotation attached to the term entrepreneur but they have to enjoy the fame which comes from being an entrepreneur.

The fact is that entrepreneurship is not just a way to earn fame or profit but the end goal is grand when it comes to an entrepreneurial venture. This is why it’s important to understand some of the intriguing facts which are associated with the term entrepreneur.

It has always remained a part of a businessman’s life that he has to do something new to enchant the demanding consumer. In ancient times, when traders came to trade their products or services from far-flung areas, they always came with unique items for the sake of enhancing their sales and attracting customers.

We will find accounts of the most exquisite fragrances, shawls, or clothing prepared by an entrepreneur of that era for the sake of maintaining the professional standard. When the wheel of time moved forward, this innovation took alternative forms but the businessman always remained an innovator throughout.

This is why it is the desired behavior to be an innovator because the level of innovations is a mark of the professional strength and skill of an entrepreneur. This is one reason you find the leading innovators successfully ruling over the entrepreneurial world.

Risks and an entrepreneur’s efforts need to be considered synonymous because this is exactly what makes an entrepreneur. Risk corresponds to the unpredictability of finding profit or loss in a certain venture. Whenever an entrepreneur starts the entrepreneurial journey, despite all the resources and efforts, one can never be sure about success.

There can be some statistical analysis about the chances of success or failure but the end result is always unpredictable. One reason for this uncertainty comes from the kind of idea which is introduced in the mainstream market.

A number of times, a lot of new ideas and innovations are welcomed in the challenging market, but sometimes, things can turn in a totally opposite direction. This can result in unpredictable circumstances. So, an entrepreneur needs to be fully aware of the risks which serve as the biggest hindrances of his path scattered throughout every venture.

For every venture you start, you need to have a backup plan which starts from being financially independent. Technically speaking, no venture is possible without financial investment in the beginning. This is why there needs to be an adequate amount in your bank account to support your idea because you never know when you will be needing that.

Financial needs are very common during the early phases of an entrepreneurial venture because this is the phase when you are new and testing your skills in the market. You have to do without any profit in the beginning, so the term entrepreneur also reveals that there are financial needs attached to it in the hope of saving you from the financial crisis of the future.

You will find this practically where entrepreneurship is widely popular. The countries like China and the United States are on the verge of becoming world leaders because of their strong economies.

They have industries and hundreds of startups serving as the hubs of technology and innovation. The entrepreneurs over there are world-famous because they not only work for individual profit but their idea of innovation and development is attached with the progress of their country.

Resources are the building block of any entrepreneurial venture. Whenever a venture is planned, there are some prerequisites that make the idea turn into a reality. To turn your idea into an existing reality, you have to think about all the major and minor things which are going to contribute to its establishment of it.

Resource hunting is the term used for that purpose. As a resource hunter, an entrepreneur needs to look out for all the resources which can help his venture.

He has to start from zero and then take it forward to a maximum. This is why the term entrepreneur is often recognized as another name for sorting out the most suitable resources for the cause of the venture so that the end result bears a venture that is unbeatable.

The biggest purpose of entrepreneurship is to create more opportunities for others. This is why it is highly favored in developed nations because this accounts for employment.

Very few entrepreneurs are aware of the duty being entrusted to them. They know that they have to create spaces to accommodate various talents.

Many of the leading entrepreneurs are considered as the curators of golden opportunities because they have understood the real connotation of the term entrepreneurship.

You will always find them rooting for the latest entrepreneurial talent and many entrepreneurs who get successful start mentoring the young talent. Many establish business incubators where talented newbies are provided all the necessary aid to achieve their goal which indirectly enhances the economic and social worth of industry as well as the entrepreneur who initiates such efforts.

If you visit the many mentorship blog sites or the YouTube Channels, you will get shocked by the number of individuals who turn to these tools every day for the sake of learning the basic tactics of entrepreneurship. However, if you check the percentage of entrepreneurs who are really serious about their venture, it will be ridiculously low.

The biggest reason behind this is the inability of entrepreneurs to understand the importance of entrepreneurship. A true entrepreneur is never non-serious. As an entrepreneur, he always has a plan in mind. With the help of this action plan, resource hunting and strategic considerations are put forth.

Being a true entrepreneur means “taking the risk for real, rather than pretending to be the master of the field for the sake of validation for some time. When an entrepreneur has an action plan and a mind map, one can certainly become positive about his interest in the entrepreneurial world.

Pride comes naturally with any profession. Whenever you put your heart into something and nourish the field with your own sweat and blood, it’s natural for you to become happy with whatever you have achieved in the end.

The same habit exists in an entrepreneur. For him, professional pride comes from the sense of self-sufficiency and progress in the entrepreneurial world. Both of which are possible through sheer hard work and continuous resilience. Once an entrepreneur has achieved a distinction with respect to the venture, the challenge intensifies. This is because the pride which is gained through much of the hard work needs to be secured at any cost.

Therefore, many entrepreneurs dedicate their whole lives to raising the bar so high that no other entrepreneur is able to snatch their status from them. Guess, this is why you will always find the masters of the business world working on their weak points and strengthening their unique traits.

Entrepreneurs are always crazy for ideas. Their idea hunt never ends even if they have to start a new venture. They initiate that but alongside their contemplation upon turning their venture flawless remains there. This is why you will never find a true entrepreneur running away from any pep talk or motivational speech.

They believe that every individual is born with a unique pattern of thinking. With a unique mindset, millions of ideas can cook up in each mind regarding one single entity.

This is why they respect and accept suggestions and ideas coming from others because according to their perception, this tends to fortify them in an order of its own. History has noted that many entrepreneurs have adapted the ideas and opinions coming from other sources and especially from their clients which has become extremely profitable for them afterward.

Every individual has a different nature. Some are extroverts while others prefer being introverts. Each differential-natured individual has a talent of their own. Some are good planners, while some nail the management skills. Some are fine marketers but an entrepreneur serves as the Jack of all trades.

An entrepreneur needs to bring all these individuals together at a single platform and with their strengths constructs a world of his choice. This is what earns him the title of “an adventurer”, as he has to cope up with issues at every stage with every individual.

The entrepreneur who stays there till the end and makes full use of his team’s talent is the strongest of all because he knows that the strengths and combination he owns with the power of persuasion and cooperation can never be found somewhere else and that’s what makes him a true king.

The term entrepreneur is not just limited to starting a new business but it involves all the requisites and characteristic traits that are needed to be there in an entrepreneur.

A successful entrepreneur is one who understands that entrepreneurship is not about making money or creating a grand impact but it’s about creating endless opportunities and uplifting the world’s standards by changing them through their innovations.

Dur e Najaf - September 5, 2022 0
Entrepreneurship is a wide concept yet five characteristics of entrepreneurship are the ones which have always remained a universal component of this dynamic concept. Key...

Top 10 Fascinating Personal Finance Podcasts; We Are Totally Obsessive About...