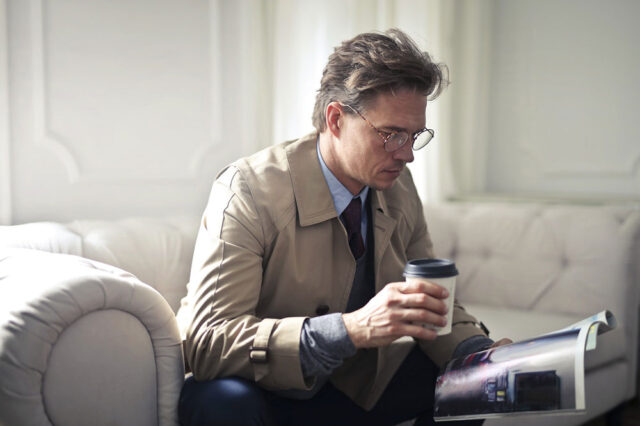 A personal entrepreneur is the sole owner of the venture who is always having a specific plan in mind to turn dreams into a reality.

Often entrepreneurs are considered heroes in disguise. The reason for this belief is their due effort with which they try to achieve an aim that seems unachievable and after their continuous hard work, they get their dreams.

Why Is Entrepreneurship Not For All?

Time and again, it has been added that battling with the enormous and differentiating difficulties of the entrepreneurial world is not in the capacity of everyone. Only specific people are willing enough to invest their talent and resources for the cause of exploring their place in the business world.

Who Is A Personal Entrepreneur?

Yes, it is true that not all heroes wear masks. Some are openly working for their aims 24/7 and this is what makes people respect-worthy enough of being acclaimed as the true entrepreneur.

The most successful of all the entrepreneurs is a personal entrepreneur. He is the one who has shown his potential to the world on the basis of his skills. A personal entrepreneur is an individual who owns and leads a specific business venture on his own without relying on anyone else. He has the following tasks:

8 Distinguishing Facts About A Personal Entrepreneur

However, there are certain features associated with the personality of a personal entrepreneur which suits his nature and is the reason for his success in the field. Let us find them out.

Whenever a personal entrepreneur comes into the field, his focus is upon the long term plans rather than short term actions. Many entrepreneurs are unaware of working for the long run. He knows this from day one and this is why he acts accordingly.

The business plan which is set forth by him doesn’t involve sudden success but is rather based on step-by-step goals. A step-by-step approach really helps him at the market. He is able to find out and solve one problem at a time. Perhaps, the major reason for his reign in the market is that he is slow because he wants to unshell one protective layer at a single time.

When the long term plans run in the market, an entrepreneur gets more exposure to the business world. You all know that the only trick to rule is to understand the technicalities of the market and what good can be there to find so except devising a long term plan.

No Time For Rumours

Many entrepreneurs have this mentality that they don’t do their own effort but believe in the market. Whatever the market has to offer them, they follow that blindly. This, however, doesn’t work for a personal entrepreneur.

Unlike other players in the market, he is very efficient and calm. He believes in doing a personal effort and then obtaining its result. This is because not all the hoaxes about the field are true.

Sometimes, some are rumours of useless nature. So, a personal entrepreneur understands this well and keeps on working till he has accomplished a particular sim present in his mind.

Reading is the food of the soul. Great leaders are always great readers. Unfortunately, not many entrepreneurs have the habit of reading left. They think that practical knowledge of the field is everything.

However, business in general and entrepreneurship, in particular, is a field where the first choice is always reading. When it opens the gates of awareness, only then a reader explores the truth of action. All the greatest entrepreneurs are always hungry for knowledge.

They even regard books as their ultimate sources of inspiration and many have built their ventures on the characters of books. We have glorious examples of Warner Bros and Walt Disney who are still rewarding the world with their bookish knowledge being depicted through their movies.

Work For The Success

Today, if you will ask any budding entrepreneurs about their reason for interest in the entrepreneurial world. The reason will be nothing except money.

This money-conscious mentality has created the demise of the traditional entrepreneurial mindset where an entrepreneur worked to serve the clients with his ideas.

Yet again, thanks to some of the top-ranked personal entrepreneurs who are working to achieve success in the field by making their ideas popular. You will find that these are the faces who have no particular concern about money but are the ones who have the hunger of being the topmost brand.

This attitude is the reason they get successful in the field. You will always find them elevating the names of their ventures. They don’t talk about money but talk about being successful as a company whose fame grabs international audiences.

Time and again, this is repeated for the billionth time that an entrepreneur uses his innovation as his tool. His approach toward innovation is what makes him an Apple of the market’s eye.

He is very creative. He doesn’t like to be added to the list of others who have nothing to deliver but follow the trend of the mainstream. He believes in offering the world an idea that stands alone and is unique in a way that no one has ever wondered about.

We have examples from the lives of grand entrepreneurs who are proving to the world that there is more to the business if only ideas are taken seriously. They have unconventional ideas and this unconventional approach gives them success in the market.

Consider the life of the successful lot. You will find that their business venture is not just a limited concept, but is rather an ideology that is fastly growing over the globe.

This expansion is not a result of a single day’s effort. It doesn’t call for their luck but is a depiction of their talent. They are talented enough that they never stop at one particular point. They have grand ideas and they want a grand reception.

A personal entrepreneur is very serious about expanding the venture far and wide because he knows that this will help him establish a secure business identity in the era of competition.

This power that compels him to be unstoppable is the reason that every day a new idea develops in his mind and a new venture emanates from the previous one. Once a personal entrepreneur is provided with a ground to plant all his actions, he doesn’t care about the weather but thinks about the possible way through which the plantation looks lusher and evergreen.

Hundreds of entrepreneurs enter into this field of wonders every day. Some are very efficient and some are very keen. It is the keen who gets the ball in the court. If you didn’t understand it this way then let me tell you.

For entrepreneurs who have a personal venture already estimate their challenges in the field from the beginning. They start preparing reports about all the good and the bad sides from day one and slowly they explore a coping mechanism for whatever challenges they perceive at different levels.

It is through these challenges that they are able to succeed because they are aware of the requirements and efforts compared to someone who isn’t prepared for all the possible difficulties which can hinder the path.

A personal entrepreneur is not just an individual who is known for making changes. He is the one who puts in the effort. He practically identifies the problems. This is what makes him special from the others. He is a risk-taker but only where the risks define his credibility. He knows that a challenger has to face challenges a lot and this is why a personal entrepreneur’s entrepreneurial venture often becomes the talk of the town.

10 Captivating Mantras To Be An Entrepreneur In (2022)

Dur e Najaf - January 24, 2022 0
Entrepreneurship is a hard pill to swallow but the mantras to be an entrepreneur tell you that you have to keep up with the...