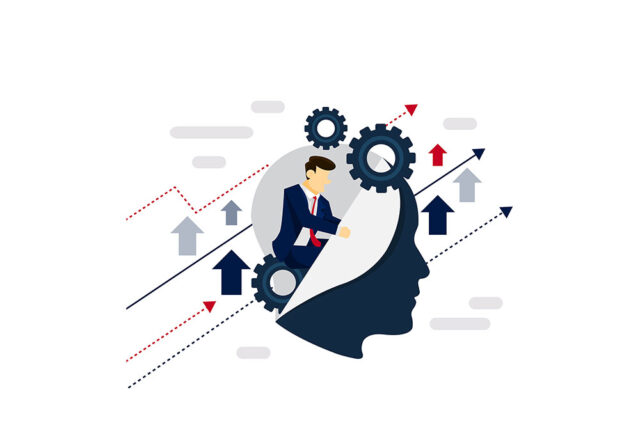 Indigenous entrepreneurs are doing good in the global market today because they are finally getting the recognition they deserve.

Who are Indigenous Entrepreneurs?

Indigenous entrepreneurs are making waves in the business sphere today. They are the ones who are innovating with the power of their cultural heritage. As per the UN reports of 2019, almost 5000 indigenous groups are trying to keep their heritage alive all across the world. These are the indigenous groups who are preserving their culture with their talents and norms.

Entrepreneurs belonging to such groups who adopt a modern approach and mingle it with the normative beliefs to represent and make their culture eminent are indigenous entrepreneurs. These entrepreneurs are recognized for the way they keep their culture alive by painting it on the modern canvas and making up hype in the global market.

Why is it Important to Revive Cultures?

Culture is not just a set of ideals and norms but on a deeper level, it determines the way an individual perceives the outside world. Today, the world is progressing at a fast pace. You will find that everything is changing gradually. You won’t be able to find many of the traditions alive.

When things are getting impacted by modernization. It becomes essential for an individual to revive cultural aspects as well. Cultural revival is the key to making one stay connected to the culture. Indigenous people are in minority.

As a minority, it is very difficult for an individual to preserve the identity where there is exposure to the outside cultures. Those cultures in which the indigenous people survive are the ones who have the potential to attract and develop new identities.

This is what makes it extremely essential for the indigenous people to express themselves in a way so that they don’t get impacted by the new cultures. This responsibility is felt by the members of indigenous communities who want to uplift their community’s identity and conventions.

Being members of the indigenous communities, such individuals are keen to embrace their culture and express themselves in the layer of the cultural identity.

Here are some of the specifying characteristics of such magicians for whom culture is beyond everything else.

As an entrepreneur, the prime talent in an individual is the skill to create. This talent is what drives individuals together to give the most memorable and exceptional ventures of all time. Every entrepreneur who wants to do big in the entrepreneurial universe should have the talent to create.

Once an individual has the fire to prove himself, things settle accordingly. Indigenous entrepreneurs understand the significance of an entrepreneurial venture. They know that if they have to deliver to the world, they have to think big. Once they start focussing on individual creativity, they start realizing the true motive and stages of planning which are required to excel.

What we are talking about here is the culture. Indigenous communities have a significant culture that makes them distinct from other individuals. The problem which I have found in many aboriginal generations today is that they are forgetting their true roots.

For indigenous entrepreneurs, culture is everything. They know that they cannot stand alone without taking refuge in their culture. Their culture comes before anything else and this is what they want to tell. They have a deep connection to their roots and when they start working over a certain venture, they develop their roots strongly. The kind of venture which binds them closer to their culture is the one that incorporates their cultural affinity and talent.

Indigenous entrepreneurs have one particular aim in mind, that is; to clear out the stereotypes. Throughout the world, indigenous communities are often looked down upon because of being inherently attached to the traditions. The progressive world seems unnecessary to come back to the starting point and the customs are often considered outdated and stiff.

It is up to the indigenous entrepreneurs to clear out these assumptions about their culture and bring the positive aspect of their cultures in front of the world. They work on incorporating the positive agendas only and suppress the stiff factors. With the help of their exceptional talent, they bring positivity combined with modernity to surprise the onlookers.

Whenever you will go through the business story of a particular indigenous entrepreneur, you will find him/her highly supportive of the idea that their cultures are not conservative as the world perceives them and they want to eradicate this false belief by bringing out the positive points in front of the world.

Talent needs no lavishness. It propagates even in the toughest circumstances. There is no boundary when it comes to talent. Indigenous entrepreneurs believe this. They want to take the world out of the myth that due to lack of proper resources, individuals can never become talented. Their beliefs are different.

They know that there are so many individuals out there who are extremely talented and could be given the right chances to explore their talents. You will often find many of the indigenous entrepreneurs commenting that their talent comes from the land in which they have seen their parents investing their sweat and blood.

Many of the small business owner entrepreneurs who hail from the indigenous communities are the ones who bring the talent of their community in front of the world. Red Lavender Soap and Hinaani are two of the leading business ventures being run by the Inuits of Canada and are highly acknowledged because of their amalgamation of traditional designs and beauty standards.

Being an individual who takes pride in culture is indeed a great factor. However, to become successful in the practical world, you need a lot more than cultural affinity. You have to gear up yourself for the bigger competition. The entrepreneurial market is very harsh, you have to become trendy and plan to prove your cultural affinity in its full capacity.

Many entrepreneurs want to do something big and be the reason behind the revival of their cultures but when it comes to practical planning, they don’t have anything left in their bucket. They are clueless.

For indigenous entrepreneurs, battles become a little harsher because you don’t have to plan a business venture alone but you have to focus on the cultural aspect upon which you want to work.

You need to have an action plan which takes into account all of the cultural knowledge and active strategy to put it on the board. Those who want to do something grand are the ones who plan everything properly, they are ordered and know exactly when they have to take the basic and advanced level skills to ensure the success of a business venture.

If you have seen the new business trend, you will find that many entrepreneurs take pride in leading by collaborating. Big names collaborate with small industries to formulate a venture which is successfully functional. This infuses a new soul in the small startup when big names take pride in relating themselves with a specific venture.

Many of the indigenous entrepreneurs are the ones who are new in the business world. Their business experience is almost the bare minimum. To expand their horizon, they need to work under different capacities. They require much-needed encouragement from the giants of the business world.

A number of indigenous entrepreneurs prefer mergers, which helps them to learn the art of business. Besides, they also collaborate with other members who have the same mindset as them. This helps them to get vast experience and learn a number of things from others. The spirit of teamwork also helps them to grow stronger as a unit.

Indigenous entrepreneurs have a bigger aim. They are not just concerned about profit or loss but they want to create something which gets selected in the mainstream market. This is a huge task where they have to prove themselves in both capacities, i-e, as an entrepreneur, and as a cultural herald. They cannot overdo one above the other because then it turns into a disaster.

The intention to innovate with the help of culture is indeed a grand task. This amalgamation is what makes them unique because they create something which can be credited as a by-product of the modern world that carries the essence of culture. Through their creations, they become the active agents of supporting their cultural agendas to the whole world.

This leaves them with a very grand duty. They have to prove themselves credible in the eyes of their community members. Their venture needs to be perfect in every possible way so that it not just serves the purpose of cultural representation but also allows the aspiring newbies to learn a lot and improve from the business models which are being bestowed to them by the leading ones.

It would be ironic if the entrepreneur who leads a business venture on the basis of culture stays away from it. For such individuals, this attitude could be highly damaging because it affects their business repertoire. Let me point out the minor mistakes such entrepreneurs commit.

The most stupid mistake committed by such entrepreneurs lies in their choice of inspiration. Remember! As an entrepreneur, everything which you utter is highly analyzed by the members of the community as well as your targeted clientele. If you are quoting individuals who haven’t remained connected to your culture, i-e, the hottest entrepreneurs in the business town, you can never expect to get the attention of the clientele.

The chief reason behind this is that they are not part of your culture, hence, they don’t understand the significance of your culture in a way an aborigine can. You can connect your business journey with theirs but the end goal needs to be the propagation of your culture because that’s the whole point of being an indigenous entrepreneur.

Just like ordinary entrepreneurs, the indigenous entrepreneurs have the same ambition of strengthening their economy by making their business ventures successful. This way they can prove their community as an efficient part of the country in which they are residing.

Their attempt to strengthen the economy sends a very good message to other communities. They can prove themselves as a useful community clearing out many socio-economical concerns.

Their economic participation can help them in building a strong status in the social setup. Many indigenous entrepreneurs are becoming widely popular in Canada because they are aiming to deliver tradition and innovation at the same time which is becoming a reason behind the rising GDP of Canada over the years.

Indigenous entrepreneurs are the ones who have to innovate by keeping the cultural context in mind. Being the cultural minorities, there are a number of constraints that pull them backward.

The exposure of the foreign culture to their traditions influences their lifestyle but the entrepreneurs who aim to bring the positive side of the aboriginal cultures need to do that with complete care. The compulsory part of their journey is to plan actively by keeping in view the cultural aspect which is focussed on creating a venture telling the tale of their magical culture.

7 Awe-Inspiring Realities About Entrepreneurship Ecosystem In (2022)

A thing about Entrepreneurial spirit: Signs you do have that vibe...

10 Revolutionary Traits of a Confident Entrepreneur