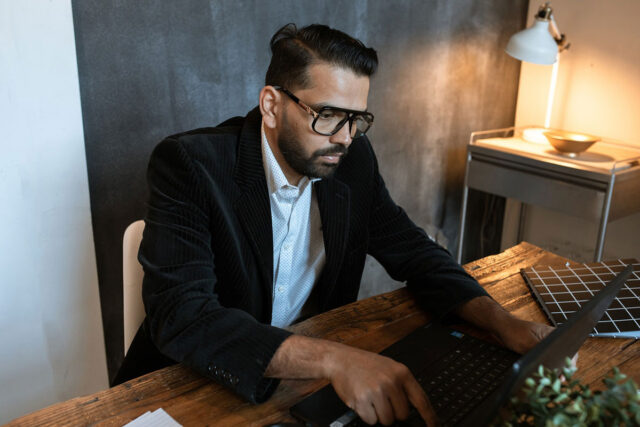 Entrepreneurship is definitely a path full of odds and ills. However, some entrepreneurship myths surely need to end in 2021 because of their useless origin.

Entrepreneurship no doubt is a way to revolutionize your life. It is a pathway on which you have to be careful about a number of things initially and then success becomes your destiny after many careful attempts. However, there is more to that. You need to battle with not only the challenges you find in the field but also have to deal with the hoaxes in this regard.

Entrepreneurship myths are actually some of the entrepreneurial information which is believed to be true on the basis of general consensus. People don’t dig deeper into the truth and believe what is the common norm.

This becomes disastrous in the end because it not only lowers the spirit of an entrepreneur but at some points it is a reason that entrepreneurship is looked at with doubt and questioned by many of the big names in the field.

Not a lot could be said about the origin of entrepreneurship myths. This is because they have many reasons to prosper. Sometimes, they get popular because of the efforts of a few sections of society. While, sometimes, these come from a generally accepted belief and the unexpected ratio of success as per that belief.

One thing is absolute that these have strong consequences when they are spread in the entrepreneurial field. This is because the new ones in the field start believing the hype and that they are the ones who are mostly injured from its lethal effects.

Over time, several myths have made their place in the business world and the influence of these have seriously caused many to lose all their wealth and reputation. Self-confidence is just another element of those many entities.

Though there are many myths cooking up all the time in the entrepreneurial field, yet some of the myths are universal as they stay forever and no one cares to feel the need of making amendments or at least falsifying them.

Today, we have curated some of these all-time lethal myths of the entrepreneurial world which have definitely steered many aspiring entrepreneurs in the wrong direction.

“Entrepreneurs are unique from their childhood.”

No, this is obviously wrong. No entrepreneur is a born entrepreneur. This might be true that they have certain creative abilities within them from childhood. But, all these abilities grow over time. They learn to use their skills. They fail just like all other normal individuals.

They try again like us and then they finally get the results they want. It is not as simple as people think it to be. There is a lot of effort which comes from an entrepreneur’s side and makes him/her one. This is sad and ridiculous at the same time to think that entrepreneurs have some “supernatural” abilities within them which make them levitate in the business world.

“Good ideas and finance is all you need for an entrepreneurial breakthrough.”

The general belief about entrepreneurship is that it comes from the presence of a fine business idea that is sparked up by abundant capital. Both these factors then lead to the success of a business venture. This is a half-truth.

Yes, good ideas which are unique in nature and the funding resources to sustain them properly are necessary but other than this, you need the willpower to leave the norm and start a business on your own. You can’t just sit aside and let all the things be done by your aid and finances. No venture is successful until the entrepreneur doesn’t come forward and delivers it personally.

“Entrepreneurs have control over the political organizations.”

This one is outright funny because yeah that is not the case but believed. It might be that capitalism has a huge influence on the public policies and government authorities but saying that entire governments are bound to the business personnel is not correct.

There might be some mutual relations between the business and the political sphere but it’s the government that enjoys the absolute authority and monitors the effective functioning of capitalist businesses running under its rule. Don’t get confused by Elon Musk’s intervention with NASA’s missions because, in the end, the whole decision rests in the hands of NASA to carry out certain missions or not.

“The more money you have, your venture is more likely to succeed.”

A number of rising entrepreneurs often consider lack of enough capital as the biggest reason for their failure. However, it’s not true. Yes, big companies have a high success ratio but not because they have huge resources.

It is because they know the art of using their resources for creating unique ideas that seem inevitable. Don’t worry, if your idea is creative enough, it’s definitely going to make a mark in the business field because every big corporation in the world today was once just a small business setup.

“Entrepreneurship is only the headache of those who are well aware of a business or possess a degree in business.”

Well, if you are not someone who hails from the business tribe when you first hear about entrepreneurship, your possible reaction can be shrugging off your shoulders and saying, “well it’s something, the business people know better”. This is certainly not the truth.

Yes, to understand entrepreneurship, you need to know about business tenets, however, you cannot completely put this over the business personnel because entrepreneurship is a collection of individual skills, communication, resource gathering, and much more. So, be prepared for a mini-protest the next time someone associates it with business only.

“The fame of the entrepreneur decides the success of the business.”

Coming straight from Malibu, this myth took its birthright from the Kardashian’s attempt to set up their own entrepreneurial ventures especially when Kylie Jenner started “Kylie Cosmetics”.

Many still believe that a part of the success of her business comes directly from the fame she enjoys being a Kardashian, but this is a myth. If her or anybody else’s business is prospering, it is because of the fact that they might be having a unique idea. The actual success depends on how much alluring your idea seems to the clients in the practical business world. The rest of all is nothing except mere assumption.

“Entrepreneurship gives you the freedom to work the way you want.”

If you ask many aspiring entrepreneurs about the reason they chose entrepreneurship, the first thing they all will tell you is the freedom they want from the corporate job. For them, 9 to 5 office hours are excruciating. So, they want to work less than that according to their own convene I’d certainly.

But, do you know that an entrepreneur has to work even more than a typical corporate servant not because that is convenient but if he/she wants the venture to become successful. This might turn out as bad news for some however, this is the actual truth that you all need to know.

“Entrepreneurs influence the team through money.”

Again money is considered as a bigger part of the reason that world-famous entrepreneurs enjoy the support of loyal and efficient team members. So, the belief about them is that they are the ones who are hoping to earn a handsome amount by becoming part of bigger ventures.

But, as a researcher, I have found that money is the secondary part of their priority list. The biggest reason for their connection with the corporations is the belief that they will be able to learn a lot and shape their skills which will help them to become professionals faster than ever.

Many of the leading and creative minds are hindered because of these limitations. So, it is essential that when you are entering the entrepreneurial world, you tear off the pages where such myths of discrimination and complexity exist. Entrepreneurship only needs one thing and that is your investment within the venture itself.

10 Surprising Entrepreneurship Facts You Never Knew: A Trace of the...

Dur e Najaf - July 27, 2021 0
Entrepreneurship Facts Entrepreneurship in the digital age has become the biggest factor in promoting individual strength and wisdom. The self-esteem which was earlier a victim...

5 Extraordinary Facts Behind Growth Of Women Entrepreneurship in 2021