Home Business 8 Gruesome Yet Absolute Challenges You Face Being A Female Business Owner... 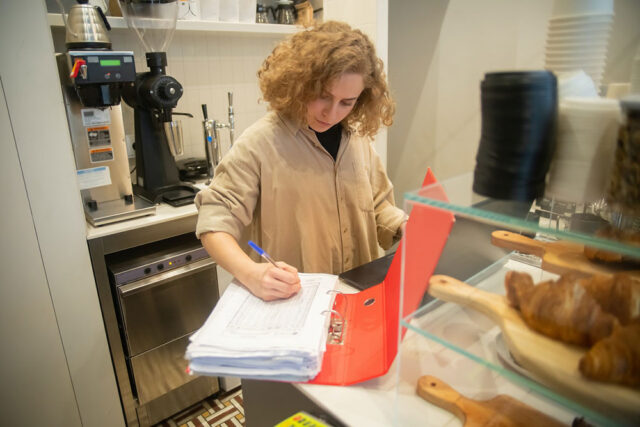 Being a female business owner is no joke. You have to go through a lot for the sake of proving your worth because of the intense competition in the market.

Today, the market invites all business-oriented individuals regardless of their age, caste, creed, and most importantly gender. This is why the gender gap is slowly minimized through the encouragement women find in the field of entrepreneurship. Here, setting up their own business not only gives them a livelihood but also nourishes their skills in the best possible manner so that they can prove their worth out there in front of the chief players of the business world.

Is the market really intense?

If I am going to deny this, this would surely be an understatement. This is because of the growing competition which expects the masses to come out in the main battleground and deliver the best of their talent, making it extremely difficult for the conventional groups to prove their worth amidst all the competition. Therefore, women entrepreneurs are facing huge difficulties in showing their true skills. The ongoing competition has made it almost difficult for women to express themselves completely and therefore the pressure on women entrepreneurs is immense at the moment.

The Real Challenges of Being a Women Entrepreneur

No matter how much we claim that today the business market provides equal opportunities to both genders and equally appreciates their efforts, there is still some void left when women are actually trying to prove their business strength in the mainstream market.

There are real challenges other than just competition that obstruct a woman’s pathway toward success. These hurdles or challenges are actually the main reason for women’s comparatively lesser progress in the business world as compared to their male counterparts.

Let’s take a look at these challenges.

The most common reason which stops a woman’s vision at the first point is the question of enough funding. We have seen that in both societies, whether it is the society describing a developed country or a devolving one, women are mostly dependent on males for most of their financial issues.

Even if women are earning, it is expected from them to share and spend this income on their family and not on themselves; for a woman’s money rightly belongs to her husband and children as per the false narrative of the societies. Therefore, when women think of stepping out and chasing out their dreams, the issue of funds stops their way and they sit back thinking of a more favorable time when they are in a position to express themselves fully in the business world.

This one issue is unanimous with women all across the globe. Women, no matter from wherever geographical land they belong to; are always victimized by the domestic conditions in which they are trapped. There is no denial to this fact that in the patriarchal social setup, women aren’t accepted to contribute a lot in the progressive grounds or in other words, the economic grounds. Their space is limited to the household.

In such circumstances, if a woman decides to come forward and contribute equally with the male counterparts of the society, poor domestic conditions for women are the first excuse with which she is stopped at the beginning of her journey. Obviously, as a woman, she has to face a lot of pressure because of equally concentrating her efforts at two places at the very same time as compared to men who only are supposed to manage the business for the most part of their lives.

Though the situation is now changing in the developed countries of the world. However, this is still a major issue in the developing countries of the world where women’s progress is often taken synonymous with a taboo ritual. It is often disliked by masses as well as the patriarchs because of the limited access allowed to women in these societies.

So, if a woman tries to depict her business skills because of her personal interests, this becomes a very grand issue for her. This is because she has to go against the set norms of the society which is obviously regarded as a taboo in a particular society.

A woman’s routine not just consists of the time for herself but it is a collective amalgamation of all the time she spends with her family, children and then distributes to the work. Today the competition is getting intense day by day. Therefore, as a woman who is the center of all the major activities of a family, she has to manage time between her very strong routine which makes things eventually difficult for her.

The schedule is often regarded as stiff because she has to care for her family and then concentrate on her business plans. Family time sometimes takes forever and thus business gets overlooked which is one reason behind the failure of the majority of the women in the business circle as they don’t interpret this challenge in its complete essence and are unable to create a suitable routine that can then aid them in managing their household and professional life together with the same zeal.

In our society, unfortunately, there are very few chances for women to come into the limelight and prove their capacities as successful setters of a particular business. One of the many reasons behind this is the lack of proper mentorship provided to them.

We see that men have an upper hand when it comes to the business world for there are varying degrees of chances and mentors available to correct and educate the male counterparts at every step of their journey but when these mentors are expected to continue the same behavior for the women, the attitude shifts quickly because of the displeasure the mentors feel about educating women regarding business.

The result is the imbalance between men and women in business where men become mentors and correct more lives which are not probably many women, hence the lack of a mentor may also fall in the category of the potential failure of women’s ventures.

Well, it’s an obvious fact that in the presence of grand networks run by men on the basis of their contacts and high profile socializing power, it becomes technically impossible for women to develop strong networks of their own which can, later on, help them in the business world. Even if the business world is being established after a long of hard work, this still isn’t of that much significance as that of a men’s network and is not given that much importance as that of men’s.

As networking is an essential component for the identification of a specific business venture, therefore, when they lack this compelling and bonding power within them due to the social restrictions, then ultimately they get disheartened and no longer intend to play against the strongest competitors of the business world.

Though this issue is not really talked about yet it’s one of the biggest issues that hinders women in their journey to success. With the burden of serving a family and living a life of their own, pressure comes in waves and blocks the pathways of women’s thinking which becomes a dominant reason behind their failure.

This is also one of the greatest challenges because women don’t simply take the workload as another aspect of work but to them coping up with a failure or a loss in business is much greater than one can expect. Hence, things get really hard as they have to tackle both. The absence of emotional peace in their lives is one of the many reasons that women are afraid of trying innovation in the business world.

Experiences count a lot. This sits exactly when we talk about the business world. The business world is dominantly ruled by faces who have a number of years of dealing with the complex business system. This contributes a lot to their overall performance for they are easily able to understand the changes in the business world and prepare their strategies before the time calls for it.

Compared to this, aspiring women entrepreneurs who are relatively new in the field have to contemplate a lot about the enormous plans and facts before setting up the basis of a venture. This also makes them prone to uncertainties and failures because they are not able to interpret the technicality of a business situation as an experienced learner of the business world.

Women come across a lot of challenges in the business world. Some can be termed as the major setbacks and some impact them for a brief moment only. The real effort lies in identifying them right before the time and responding to the complexities so that things can be sorted out in the end. No matter how many challenges there are, irrespective of their competition with their male counterparts, there are still some strategies to be considered as the saviors.

The best thing is to learn about all these challenges right before the time approaches and then mentally sort out a precautionary plan. Women who understand and deal with all these challenges single-handedly are ruling the business world today with their efficient planning skills.

What is a Serial Entrepreneur?