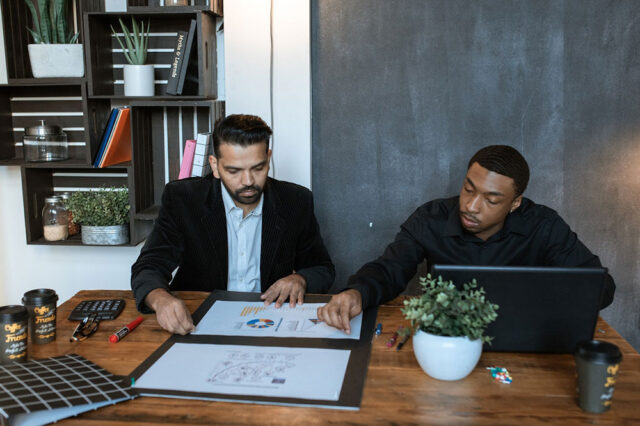 Entrepreneurship is a wide concept yet five characteristics of entrepreneurship are the ones which have always remained a universal component of this dynamic concept.

The Truth About Entrepreneurship

From simply setting up a business venture to finding out all the basic agendas, setting up the game high for you is a really big challenge. When this challenge combines with the initial requirements of a startup, the newbies often seek refuge in the universal principles. But, to clear all doubts, not everyone is keen about universal principles or what we call universal entrepreneurial characteristics.

One of the many reasons behind the lack of understanding of even the most basic of the concepts is the inability of the entrepreneur to find the true spirit of the simple concept.

Also Read: “The Powerful & Undeniable Relationship Between Industry And Entrepreneurship In 2022”

Yes, you can read a number of articles, follow innumerable guides of how-to start a venture of your own and get classes from the authorized institutions but still if you are missing out understanding the basic concepts which draw the ultimate shape of entrepreneurship, then you are not able to leave your mark in the field.

Well, now you all must be wondering about the magical yet seemingly alluring characteristics involved in entrepreneurship which act as the definitive principles of success. There are no hard and fast rules and compared to the traditional business concept, these injunctions bear the overall spirit of entrepreneurship.

Sadly, a number of aspiring entrepreneurs are the ones who pretend to understand these apparently but still they are unable to find what lies deep behind these concepts. Therefore, a painstaking effort is required from your end to find out the efficiency and purpose of these universal yet absolutely comprehensive concepts ruling the entrepreneurial world on their fingertips.

The Five Characteristics of Entrepreneurship

Let’s just find out these five purposeful characteristics sustaining the function of entrepreneurship through their usefulness.

The basic ingredient to being a fine entrepreneur is none other than being a courageous individual who is passionate enough to understand and set his/her goals in life. With the help of these goals, the courage then motivates him to move forward in the business world without the fear of challenges.

The basic force which keeps a true entrepreneur concentrated in one direction is the passion to achieve something. Most of the entrepreneurs whom you find doing wonders in the world today are the ones who were once passionate about changing the world’s point of view from one way or the other. This is why they chose a separate path as compared to their peers and trusted their skills enough to become the game changers in the business world.

Walt Disney’s name can be considered as the classic example of an individual who changed the point of view of the animated world for this real world. Beginning from some paper sketches to laying the foundation of the greatest movie companies is quite a long journey. Disney knows it well and this is why the passion hasn’t decreased over time but has been a constant part of each and every venture introduced by this giant.

Benefits of Being Zealous

A zealous entrepreneur is:

You must have heard the proverb a number of times, “An idea can change the world”. Ever wondered why is idea so significant that it can change the dynamics of the world? If you don’t, then let us tell you the wonders possessed by a mere idea. It is true that an idea apparently looks like a small assumption to change or bring forth in the society but it is the usability attached with the idea which makes it most prominent.

History has always witnessed and supported the growth of ideas because of the change of world along with it. We all know how the wheel changed and revolutionized the concept of the entire transportation system all across the globe. Just in the same way, it was the entry of Windows services that the usage of computers became a household concept.

This is why ideas are highly valued in entrepreneurship. The beginning of an entire venture begins right from the idea when the entrepreneur thinks of bringing forward a product or service for the masses and changing their lives forever through the effectiveness of the idea originally incorporated by him/her.

The year of 2009 became significantly popular in the masses because it was the time when Travis Kalanick and Garrett Camp gave the concept of virtual transportation amalgamated with the physical reality. Yes, you are heading to the right place. It was the year when Uber was developed by these leading minds and afterwards the whole concept of taxis found a new direction.

Benefits of an Idea

What’s already been discussed a number of times is the efficacy of planning. Entrepreneurship is all about planning. Even many of the successful faces openly claim that it is the test of your planning skills. If you can plan well then you can play it well in the entrepreneurship world. Many entrepreneurs have fine ideas but don’t know the order in which they should plan the action and strategy to incorporate their idea into a realistic concept.

This is why planning is very important and understanding the way to systemic planning is a solution for many of the entrepreneurial issues one encounters. An effective planning is the one where the stakes are not at the verge of risk and you can efficiently manage as well as monitor the growth of your venture through ordered measures.

Many of the leading entrepreneurs are the ones who have been a pro in planning their ventures in the perfect order for the sake of making the startup a brilliant one.

Tesla’s leading face Elon Musk is the typical example of the character who plans each and every step of his venture carefully in the entrepreneurial world. Even, a number of times, he has openly credited his planning and interpreting power to be the real cause behind the success of many of his ventures. Here, we’ll be specifically considering the journey of Dragon and how it exceeded the features of NASA’s Hubble in all aspects which is an example of how a well-crafted plan with a team so efficient can turn out.

A well-developed plan can help you:

Without a doubt, communication is the key to sort out many problems. A good communication can help you to win any argument because of the expressions you develop over time. A lot of the ideas associated with entrepreneurship have a direct link with the communication power. You have to win against the market competition which obviously asks for a lot of effort. All this effort can be simplified by adopting an effective communicating manner.

Windows developer Bill Gates is the person who is considered media friendly and has a number of interviews running on YouTube and other streaming platforms to tell the world that entrepreneurship is not solely about the power and money which comes along but it’s about the way you convey your idea to the world.

I have deliberately kept this one characteristic at the end because the most significant attribute deserves to come in the last, so we can have a proper idea of the requisites of leadership. Many entrepreneurs are keen to build their own startups but have no to slightest idea of how everything works.

Entrepreneurship world is all about leadership. You have to lead the team, the venture and even the basic sources. This is why your personality must have some defining characteristics which can help you be a leader. You must have noticed that in the leaders of the business world, this attribute comes naturally. They have a natural aura of being immaculate and hardworking through which they influence people. The success stories are just a side constituent paving way for their significance among the newbies.

Not one, not two or three but there are hundreds of business leaders who are changing the dimensions of the entrepreneurial world solely because of their ability to make their individual aim, a collective aim for all. We have examples like Mark Zuckerberg, Oprah Winfrey, Jeff Bezos and Steve Jobs who have proved their efficacy as the leaders of the business world through their skills and their excellence in the business domain.

These five entrepreneurship characteristics are much talked about because these not only give a way to the aspiring entrepreneurs to choose their paths in the entrepreneurial world but they act as the Windows through which the newbies can peek into the lives of the famed and named ones. The best part about following these entrepreneurship characteristics is that once you start following these general rules, you are also able to analyze your progress as compared to the leading names because these act as a bridge between both.

So, the next time you think of starting an entrepreneurship venture, follow the norms. Confused? No need to be because these norms are these universal five entrepreneurship characteristics with the help of which you can think of succeeding for the long run.

Dur e Najaf - July 27, 2021 0
Competition is heating up in the business market. With the passage of time, fewer chances are there and more contenders to make good use...

How to start your business as a teenager or a kid?

Who are Successful Entrepreneurs?