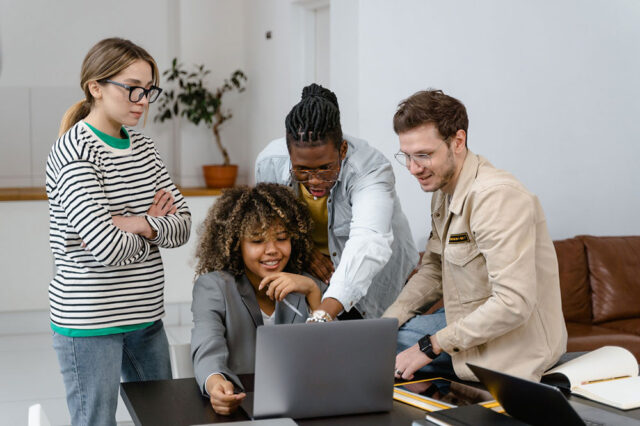 Effectuation in entrepreneurship has gained immense popularity in recent days as an effective entrepreneurial strategy.

This is because of the countless risks which you encounter in the entrepreneurial world one after the other. Even the best of entrepreneurs are always double-minded about the genuineness of their venture.

So, Saras Sarasvathy in 2002 provided a different approach to the traditional entrepreneurship principles and called it, “Effectuation in Entrepreneurship”.

Also Read: “The Powerful Truth Of Entrepreneurship In Economic Development In 2021”

What Is Effectuation In Entrepreneurship?

Effectuation is a modernized strategy that is based on the idea of bringing innovation through skills but without estimating a possible goal.

In other words, effectuation in entrepreneurship is the idea of “laying up the foundation of new business ventures without having specific goals in mind.

Focus Of Effectuation In Entrepreneurship

It is the non-traditional idea of entrepreneurship. It focuses on the following factors:

Development Of The Idea Of Effectuation In Entrepreneurship

It’s largely developed because of the risky situation. Sarasvathy (2002) claims that whenever there are end goals and they are not achieved by an entrepreneur due to the risks present in the market, the venture gets in loss and becomes unsuccessful. This is against the spirit of entrepreneurship according to the belief. When new entrepreneurs make their way into the world, they are unaware of a number of conditions that set fit for an ideal entrepreneurship venture.

So, in order to avoid their loss of resources and individual skills, it is important that they don’t focus on any specific aim which needs to be accomplished but they should rather go with the flow.

Go With The Flow Precept Of Effectuation In Entrepreneurship

Going with the flow is an idea. It is based on the principle that no one knows the possible risks of the entrepreneurial world. If you are new, there might be a lot of confusion regarding the field itself.

In that case, if you have already some fixed goal regarding a specific startup that would later on run in a specific market, then leave that immediately.

This is because “setting up goals” from the very first stage is not the right thing to do.

You might be needing a number of resources and huge skills for meeting up your ambition. The field is very ruthless.

It always has thousands of hurdles, hundreds of competitors, and trends going on with respect to a specific market. So, in that case of hustle, the clients will automatically go to the setups which are already there and have gained much of the people’s trust.

This will make your venture unsuccessful and you will also suffer from a huge loss in the end. So, it is necessary that whenever you are new in the entrepreneurial world or even if you are a practiced entrepreneur who wants to try something new and wills to start a new startup, then don’t set your aims but see which kind of resources are there right in front of you which would be available to you instantly.

This way your skills will work on the immediate resources in hand and even if the venture becomes unsuccessful, the loss would not be big because you haven’t spent a lot and have relied on whatever was in hand.

In the first condition, the painter has a specific painting in mind, he takes a painstaking effort to collect all the equipment necessary to paint that painting. He assembles a canvas, some oil paints, and brushes which are specifically made for that style of painting that the painter wants to paint.

(Now this one is a clear-cut example of traditional entrepreneurship, let me tell you how?

In order to avoid this improbability and risky scenario, the principle of effectuation in entrepreneurship comes forward for aid. Now,

The difference which is presented between the two cases is that in the first case,

Whereas, in the second case,

But, in the second case, the painter/entrepreneur hasn’t used many resources, so despite the failure, the loss would not be huge. This is exactly why the effectuation in entrepreneurship is considered i-e: to play safe and avoid maximum loss.

Sarasvathy’s Model Of Effectuation In Entrepreneurship

Sarasvathy not only highlighted the loss but also proposed a model consisting of five principles that are easier to incorporate into business ventures. These plans can also be used to train new entrepreneurs who have just knocked at the entrepreneurial door.

It signifies the use of individual skills for the success of a business venture. The name itself indicates the nature of the principle.

A pilot who is controlling a plane has the skills enough to take the plane wherever and in any direction in which he wants to.

Without skills, the plane won’t be able to stay under control. So, the first principle says that “Your skills are the deciding factors that enable you to take your business venture in the direction you want to.”

With your efforts, you can easily avail the right kind of opportunities and can enhance the growth of your venture.

Running to create resources of your interest will not work every time. Sometimes, you have to be content with whatever is available to you at the moment.

You can not always blame the situation if things didn’t turn out well. Sometimes, there are hidden lessons in failures. Sometimes, the failed ventures can lead to the base of a unique venture.

All the flaws which are a part of the failed venture can also create a grand opportunity the next time. So, your failures are a mark of effort teaching you alternate ways to succeed.

If things are not turning well for you, you can form a union with some other sources. This relates to the idea of partnerships where two or more than two ventures associate with each other for the achievement of common aims and ambitions.

When you work in a partnership, you learn a number of new things and get to find your mistakes better.

Don’t spend too much on a venture because ultimately you will have to bear the consequences in case of loss. Spend wisely and only that much amount which keeps your financial condition secure.

If you are spending blindly too much on a venture, then in case of a risky situation, when the fear is nearer than you can perceive, you would be unable to recover your loss and the loss of resources and finance marks the end of your entrepreneurial career.

Effectuation in entrepreneurship is a concept of being careful while dealing with entrepreneurship. It is significant because it teaches you to be moderate and not be foolish enough to start your first venture with a maximum number of resources and monetary aid.

This is because entrepreneurship is an organic concept. In the entrepreneurial world, you grow slowly. So, in the effort of growing at a fast pace all at once is nothing but sheer foolishness.

8 Gruesome Yet Absolute Challenges You Face Being A Female Business...

Dur e Najaf - January 6, 2022 0
Being a female business owner is no joke. You have to go through a lot for the sake of proving your worth because of...

What is Entrepreneurship Development?