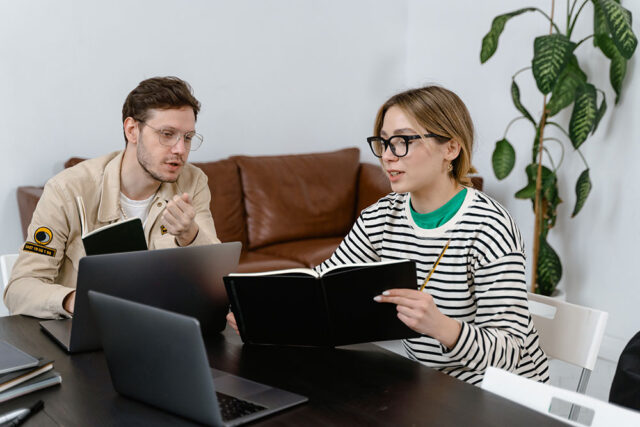 There are innumerable ways to describe your startup idea but some fit better than others because of their accuracy and efficiency.

What is a Startup Idea?

It can be a solution to an existing problem which aims at easing clientele’s lives. It is also an idea which sits in the background of your vision. Your vision is defined by the efficacy of this very idea. Without an idea, you can never progress in the business world.

It is the one which allows you to look for resources and progress in the business domain. A startup idea is the one which is unique and sets you apart from the rivals in the market providing you a separate basis of operation.

Why Is Describing Your Startup Idea Important?

When we talk of the entrepreneurial world, the most difficult task over here is to formulate a unifying idea which explains your vision behind a venture. However, at the first stage, this is not the only difficulty you encounter. You have not only to come up with a unique idea but you also need to elaborate it to those whom you want to offer your startup.

Your clientele needs to know about your idea and so does the market. You are well aware of the technicalities which exist amid your idea but to the market, it is still a unique idea with unknown implications. Your duty is to explain it to the market in a way that they get to it quickly. You have to bear and answer their criticism over it.

Sharing your idea is necessary because it helps an entrepreneur to find out its usability in the market. Furthermore, it also shares the viewpoints of clients regarding it. An entrepreneur gets to make the necessary amendments when an idea is introduced because then this idea is scrutinized by those who will be benefited from its functionality.

10 Ways To Describe Your Idea

Describing your idea can be really hectic especially for those who are doing this for the first time. Because of being unaware of certain conventions, it might get hard for the new lot to describe it completely. This can be done by some simple ways which we are going to suggest down here.

Simplicity is the best especially in the market where ostentatious things can become a reason for the entrepreneur’s downfall. You can recall the simple activity of your academic life where you used to prepare for the most difficult things in the easiest ways. While you kept things single, things became easier for you to interpret and explain to others. That’s what you need to do in the business world. If your idea is too complex and is a combination of multiple fragments. You need to:

When you break a major idea into fragments, it becomes easier for the market to receive it in a better way. This way they also find out the role played by every single fragment and the reason for its addition to the unifying principle.

Your consumers also get to find the consequences of these fragmented thoughts in paving the way for you to become a fine entrepreneur. Never use complex phrases or difficult vocabulary to explain your idea. Avoid technical terms as much as you can.

Know the audience before you. Those who are finding about the consequences of your idea are the ones hailing from a non-technical background so keep the statement of explanation in accordance with their interpretation.

Tell your vision behind it

Your vision explains you. It tells a number of things about you. It is your vision which helps you to find out the significance of your idea. The difference behind a business enterprise and an entrepreneurial enterprise is the difference of visions associated with them.

For the grand enterprises, profit is the end goal, however, for an entrepreneurial business venture, there is always an achievement associated with a particular goal which allows individuals to fully comprehend and divert their attention toward it. Once you are on the stage describing your idea before the business world, mention the grand vision associated with it.

Mention the reason behind you choosing a specific business idea. There needs to be a grand thought attached with your venture. You can see other grand ventures which have appeared in the market before you. Every one of them has a vision which makes it successful.

From the initiation of meta verse to Google’s hope to ease up human lives by sorting out all the queries of the world before them. The most distinguished part of your business venture is this vision which separates you from others in terms of selection of this mission and implementation afterwards.

You have to share these strategies with the practical world. The purpose of sharing them to the clients is to tell others your approaches by which you are going to approach your final agenda.

This final agenda is your end goal for which you are going to do all kinds of efforts. You have to bring into account all the actual strategies which are going to make your venture interesting as well as what is in your mind regarding the practical implementation.

Focus on the Uniqueness

One thing which you don’t need to miss amid all your venture journey is to explain the uniqueness your venture possesses. A unique venture is quickly taken up by the market. You have to keep it separate from mingling into the other ideas. Your uniqueness depends on what you are going to deliver to the clients. This is the area where you will be questioned the most.

You will be questioned about the efficacy of this idea in terms of the uniqueness it has. You have to be ready to face the questions because when you are going to launch an idea in the market, it will be questioned by those who are waiting for something new. You will be asked about the newness which you are going to offer in an industry. So, prepare your idea in a way that it beats the other ideas of town while being there.

Actualization of an idea is what makes it most significant. Unfortunately, the market finds hundreds of different ideas every day but only few are able to stand on solid grounds. While you are describing your idea before the awaiting market. It is very important for you to tell them the time it will take for the overall actualization of the idea. This is the style of the giants in the entrepreneurial industry. Whenever they come up with a new idea.

The first thing you will find them doing is the estimation of the actualization time. They always compute the actual time duration during which the venture needs to end and you will find them always abiding by that time period. The purpose of sharing the actualization time is to make people aware about the fact that you are not just giving up a business idea but you are also serious about its implementation.

Many business ventures are the ones which bring a dominant change in the society while there are some of the revolutionary ideas which bring a minor change to the specific set of the society. These changes are specific to a specific group of the society on the basis of age, gender and mindset. These kinds of changes are gradual and are often the result of small ventures. Entrepreneurs who are the true harbingers of change who aim to change with the help of their business ventures and by practically implementing them.

Embrace Yourself for Criticism

People would find it amusing. Some individuals will raise objections to the idea while others would believe it to be another normal venture with little significance. You have to defy all these norms associated with your venture.

Constructive criticism is always embraced with a smiling phase but many entrepreneurs lose their calm when it’s about destructive criticism. The art is to embrace both types of criticism and allow yourself to be open to judgement because you are in the public domain where you cannot stop individuals from developing an idea about your venture.

Queries are a part of any entrepreneurial venture. When something is new, it’s natural that it awakens the curiosity of the public. What you need to do is to resolve these queries and come with an opinion. You should be clear and focused about the types of questions which would be posed in the business domain.

It is your duty as an entrepreneur to resolve all the emerging queries of individuals with respect to your business venture. Once you are on your way to resolve the emerging queries, it helps individuals to find that you know about your venture more than their expectations which suppresses not only queries but also stops them from further questions.

The purpose of sharing your business idea with your clients is to make the necessary amendments. A good entrepreneurial idea is one which has been set forth by the action of both the entrepreneur and the clientele. Clients are always going to play their part when it’s about the business venture.

You have to make amendments according to their suggestions because at the end you are introducing an idea for them. Entrepreneurs who believe the say of individuals and come up with plans benefiting their venture as well as clients are the ones who remain successful.

Growth in business is important. Once you have described your idea to the market. Start taking practical steps to ensure your growth. Grow with zeal and discipline. Allow yourself to take in the changes of the environment. Grow your idea with the changing norms. All of this is rightly going to pay you well in the end with the help of the business profit which you will be accumulating by the end of your journey.

Sharing your business idea is essential to give the market an insight about what you have brewed in mind. However, doing this with proper planning and preparation are also significant. Note that the market is noting every move of yours and they are fast to build up a perception about what you say. Hence, the best thing to do is to be careful about what your business requirements are and how well you explain it to the awaiting business market.

Dur e Najaf - July 28, 2021 0
Entrepreneurship Questions / Answers Entrepreneurship is considered a concept that allows one the personal independence to dwell into one’s desires. Following the path founded on...

Top 10 Alluring Features Of A Hardworking Entrepreneur In (2022)

The Truth of Entrepreneurship Class